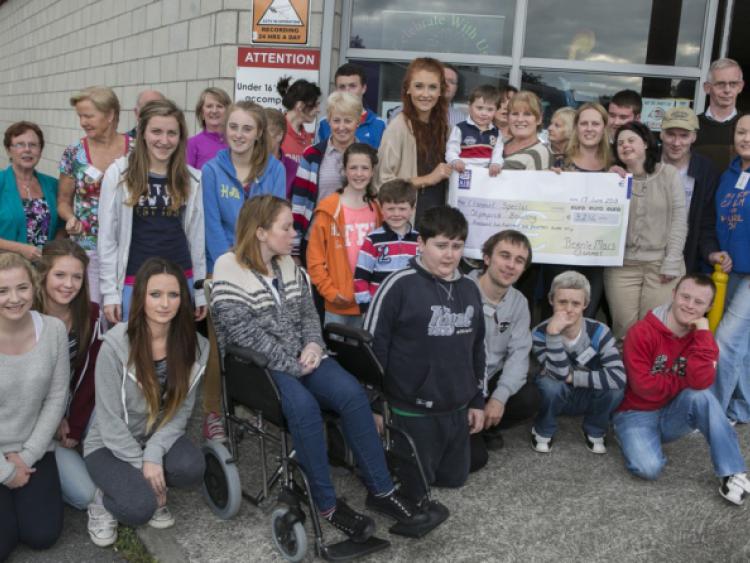 A group formed in Clonmel nine years ago on the back of the huge surge in interest and awareness in people with special needs that followed the Special Olympics World Summer Games held in Ireland in 2003 is still going strong.

A group formed in Clonmel nine years ago on the back of the huge surge in interest and awareness in people with special needs that followed the Special Olympics World Summer Games held in Ireland in 2003 is still going strong.

The Clonmel Special Olympics Bowling Club meets at Hot Shots bowling alley each Monday night at 7pm for ten months of the year.

A sports organisation for people with an intellectual disability, it provides athletes with far more than the physical benefits of sport, allowing them to develop both physically and emotionally, make new friends, realise their dreams and let them know they can fit into society. In all it helps to change their lives for the better.

When the club was formed a discussion took place on whether to start a Special Olympics Soccer Club or Bowling Club in Clonmel. It was agreed

to choose bowling as the sport because it is extremely versatile, encompassing and allowing athletes of all ages and abilities to take part.

Syl Murray and Mary Mulvihill, two club members who were part of that founding group, are still active members and extremely well respected and liked by their volunteer colleagues and the athletes.

The club caters for between 40 and 50 people ranging in age from 13-60 who enjoy sports training and competition, which gives them continuing opportunities to develop physical fitness, demonstrate courage, experience joy and participate in a sharing of gifts, skills and friendships with their families, other athletes, the volunteers, the staff in Hot Shots Bowling (and in particular “Betty”, Beata Zdun – by all accounts the Bowling Club just would not be the same without her) and the whole community. It is also an important social outlet for those taking part.

The athletes are supported by each other, their families and by a group of outstanding volunteers who give of their time to help out at sporting, social and fundraising events.

“Our club is like one big happy family with a lot of camaraderie, happiness, laughter, high fives and fun”, says secretary Bernadette Corbett.

The club is run by about 10 volunteers, who include Transition Year students from the Loreto Secondary School. Helena Johnson is the club manager in recent years and has done fantastic work, which often takes up much of her own free time, behind the scenes to help the club grow from strength to strength.

All involved believe that every child and adult with a learning disability should be given the chance to achieve in ways that bring life-changing experiences of increased skills, confidence, self-esteem and joy.

They say that the benefits that the club brings include getting healthy and more fit; learning fair play and good sportsmanship; learning respect for others; improving confidence and self-esteem; learning to problem-solve; sharing in achievements; learning to co-operate with others and being part of a team. As much as anything else, the emphasis is very much placed on fun and friendship.

Competitions are held between club members and the volunteers. The Clonmel group has also competed against similar clubs in Kilkenny and Tipperary, where everyone involved had great fun not only at bowling but also at the presentation of the trophies.

Money is raised through bag packs and other fund raisers and at the beginning of May the annual sponsored walk from Bernie Macs pub at the Old Bridge was organised in support of the Bowling Club.

It was thoroughly enjoyed by all and the sum of €3,214 was raised.

Athletes from 6 years and upwards with a recognised intellectual disability are welcome to join the club, which resumes after the summer break at Hotshots at 7pm on Monday, September 16.