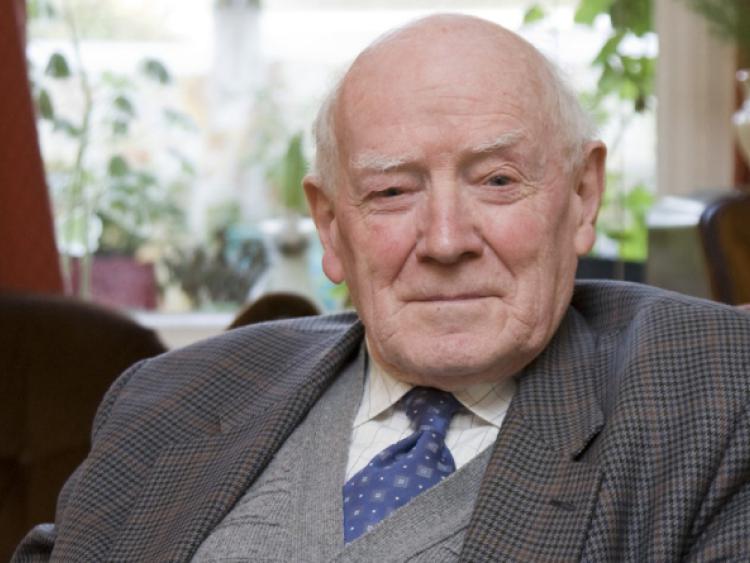 This is not an obituary, just a few reflections on the life of John Knightly.

This is not an obituary, just a few reflections on the life of John Knightly.

He came to this town in August 1949 to fill a teaching post in the Boys National School on the Green and stayed until he was called to take up a higher posting on Sunday, June 23. In the interim this town would become his town as he embraced all aspects of the place he came to call home.

He first came onto my radar in first class, to a six year old he looked like a giant with an imposing presence and voice to match, not someone you would want to cross swords with. As a teacher he had no favourites everyone was treated the same - firm but fair. My most abiding memory of John is not of his prowess as a teacher but of his ability to peel and segment an orange. With the aid of a penknife and a handkerchief he turned this daily undertaking into an art form. Born in Annascaul, Co Kerry, his father was a station master and John held a lifelong interest in all things railway. In his life he was a doer, within a few years of coming to Cashel he got involved in his first big project ‘An Toastal’ in 1953, a mammoth undertaking so successful it was staged again the following year.

John had a great interest in history and was pivotal in the staging of the pageant in the convent grounds in 1966 to commemorate the 50th anniversary of the 1916 rising. In June 2012 he, with fellow historians Martin O’Dwyer (Bob) and Eddie Dalton, launched the dig at Rathnadrinna Fort.

He had a lifelong involvement with, as he called it, the V. de P. Who can ever forget the bus journey to Clonea, the corn beef sandwiches and mugs of tea. Over a hundred children, unsupervised, let run wild at the seaside for the day.

A great churchman he had a hand in every facet of church life. He strode down the mens’ side like it was his own place, perfectly at home there. From his earliest days in the town he was involved in church events, Corpus Christi and May processions, Masses on the Rock, Hore Abbey, Dominics Abbey, fundraising. A member of Cashel Choral and Dramatic Society for many years he built sets for society productions in the Old Town Hall and Convent Hall. In all probability I have left important things out but then this is just a reflection after my last meeting with John. We met outside the church and proceeded into the cemetery where we reminisced. He pointed various burial places that I had not known about, ‘Magg the Louse’ who owned a pub on Main Street, the widow of patriot Michael Doheny, and Stasia Nevin, proprietor of his first lodgings in John Street. The plan was to meet another day and continue, alas that was not to be and like John the information he was going to impart is gone forever. John was laid to rest with his beloved Eileen and his parents Lucy and Bob in Cormac’s Cemetery. He is survived by his children Lucy, Eamon and Pascal, son and daughters-in-law John, Allison and Mary, grandchildren, siblings Una, Kathleen, Bob and Pat, in-laws, relatives and friends.