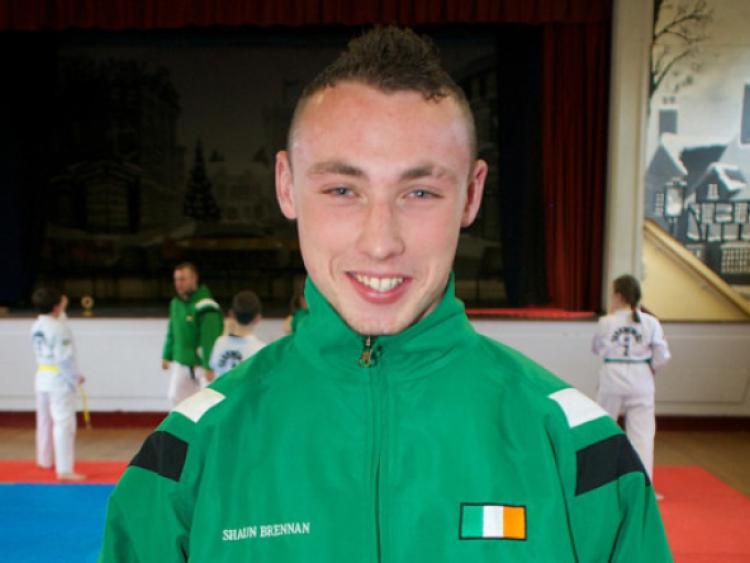 Congratulations to seventeen-year-old Shaun Brennan from Tipperary Town and his coach Luke Laffan who represented Ireland at the ITF Taekwon-Do World Championships held in Benidorm, Spain at the end of October.

Congratulations to seventeen-year-old Shaun Brennan from Tipperary Town and his coach Luke Laffan who represented Ireland at the ITF Taekwon-Do World Championships held in Benidorm, Spain at the end of October.

1054 black belt competitors from 58 countries, all winners of national selection events, competed for the title of world champion across the four disciplines of Taekwon-Do.

Shaun Brennan, son of Rosanne and Michael Brennan St. Patrick’s Avenue, started Taekwon-do training when he was 8 years old and has been with the Tipperary Club for 6 years and with the national team for 2 years. Earlier this year he succeeded in reaching the quarterfinals in the All Europe Taekwon-do Federation Championships and was delighted to be representing Ireland at the World Championships.

“Shaun is a good lad and we are so proud that he has represented our Country,” said Shaun’s father Michael. “He has learnt great qualities from Taekwon-do including: patience, self-control and the biggest quality is self-discipline.”

“Shaun has great potential and will definitely go on to do more. His best quality is his perseverance. It is sheer raw will and hard work that has created Shaun’s success,” said Luke.

“It was a really tough competition and the standards were very high. I learnt a lot from being there such as where I’m going wrong and what I have to work on and what areas I have to put time into. The world championship totally inspired me to work harder,” said Shaun. “I’d like to thank my family for all there support, my friends who were there to motivate me especially when I found it tough going, my school the Abbey CBS who supported me every minute and to Luke Laffan, my coach, who was the reason I got to represent my country. Luke is like a big brother watching out for me and supporting me all the way.”said Shaun

Irish Taekwon-Do Association stated that the achievements of the team as a whole were beyond the expectations of anyone outside the Irish camp; however the quality and potential of the team was evident, with very strong performances from our juniors at World Cup last October and successive European Championships over the past three years.