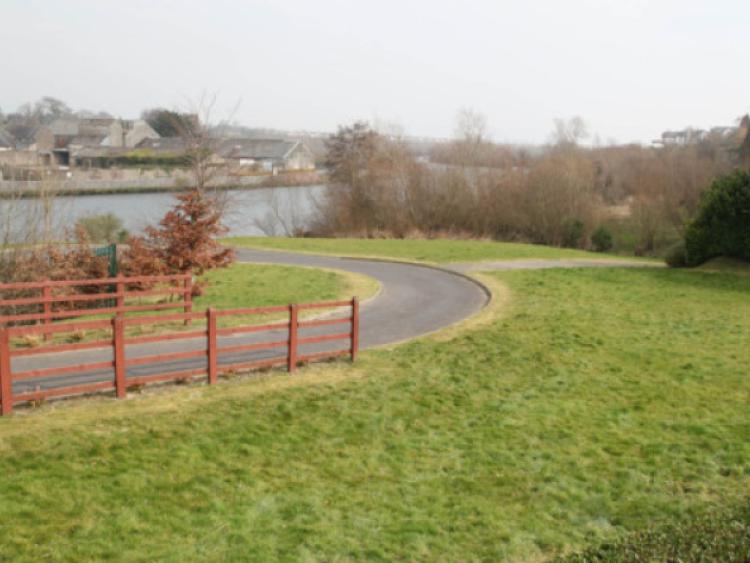 Carrick-on-Suir Town Council was pressed at the latest monthly meeting of its elected members to develop a heritage walkway from Dillon Bridge to the historic Navigation Wall and a recreation park at the Bog Field in Carrickbeg.

Carrick-on-Suir Town Council was pressed at the latest monthly meeting of its elected members to develop a heritage walkway from Dillon Bridge to the historic Navigation Wall and a recreation park at the Bog Field in Carrickbeg.

Fine Gael Cllr Margaret Croke put forward the proposal as local people expressed a wish for the riverside walk and park at a recent public meeting organised by Carrick-on-Suir Development Group to discuss the new Town Development Plan for Carrick-on-Suir.

Outlining her motion, Cllr Croke argued that the Bog Field could easily be turned into a mini-park and there was a lovely holy well there that currently canâ€™t be seen because the area was overgrown.

In his written response, Town Clerk Michael Oâ€™Brien said most of the land she referred to was privately owned and the Council had established that a right of way did not exist to the Navigation Wall, which was built in the 1830s to allow heavier boats travel on the River Suir.

In view of this, he said it was not possible at this time for the Council to develop a walkway and/or a park at this location.

Addressing the meeting, Mr Oâ€™Brien reminded Cllr Croke that a proposal to install park benches at the Bog Field was discussed at a Council meeting some time ago and there was strong opposition among councillors to this because of concerns the benches would potentially attract people engaging in anti-social behaviour.

Due to these concerns it was decided not to go ahead with erecting benches there.

Cllr Croke responded that this was a policing issue and argued that a recreational park would be mostly used in the day time by families. The Council did own a portion of the land there that would be suitable for a park, she said. She also maintained that local people did want a park to be developed at this site.

Mayor of Carrick-on-Suir Cllr Liam Walsh supported the call to turn the Bog Field into a park. â€œLet the people of Carrickbeg take ownership of it and where they see anti-social behaviour they should report it,â€ he declared.

There was much discussion at the meeting over the major stumbling block that a right of way over all the land leading to the Navigation Wall doesnâ€™t exist according to the legal advice the Council obtained in 2006.

Cllrs Cooney-Sheehan, Croke and Oâ€™Loughlin called on the Council to compulsory purchase privately owned land along the riverbank to enable the recreation walk to be developed.

Mr Oâ€™Brien responded that he couldnâ€™t give a commitment that the Council will immediately seek to CPO land. It was a very complex matter and the Council was also looking at acquiring other land banks in the town. The Council had to prioritise what land it would CPO in the town. It couldnâ€™t CPO everything.

The Town Clerk also promised that the Town Council would try to the best of its ability to establish the ownership of land along the walkway and at the Navigation Wall and to try and progress the issue concerning a railing erected on the Navigation Wall, which councillors want removed.