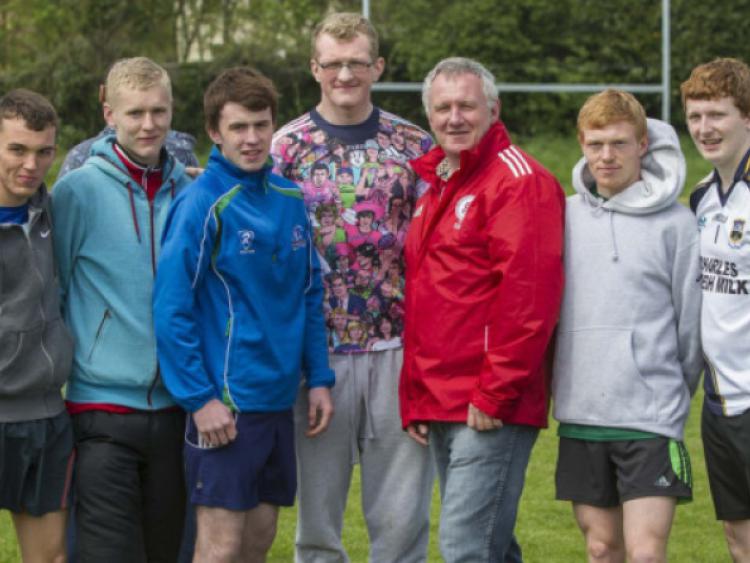 The end of an era in education in Clonmel is approaching with the news that the long-serving principal of the CBS High School is set to retire.

Shay Bannon, who has overseen the growth of the largest boysâ€™ secondary school in the town from about 580 pupils at the time of his arrival from Dublin in 1991 to its current enrolment of 710, told staff at the High School last week that he will be leaving at the end of August.

Staff, parents and pupils were shocked by the news, while also appreciative of the huge contribution made by Mr. Bannon to the development of the school at a time of great change for education throughout the country.

Moves to appoint a successor to the popular father-of-four are likely to progress in the next few weeks but he will remain on hand to oversee the State exams next month and to draw up new timetabling for the 2013-2014 school year while the transition takes place.

â€œI feel very privileged that I was given the chance to be principal of the High School way back in 1991,â€ Shay Bannon said yesterday. â€œItâ€™s been a huge honour. I think itâ€™s a great school and one thing that sticks out was that I got the opportunity to encounter and deal with some brilliant and motivated pupils over the years. I also had the honour of working with some great teachers and educators in that time. Iâ€™ll miss the wonderful sense of friendship and cameraderie thatâ€™s here.â€

Mr. Bannon arrived in Clonmel from St Kevinâ€™s College on the Ballygall Road in Finglas in 1991 and said it was a â€œhuge changeâ€ to come from Dublin 11 to Clonmel but settling in was made easy by the help and support he received from the start from staff, pupils and parents alike.

â€œI really loved being here in Clonmel. Itâ€™s a wonderful town and a very welcoming town.â€

The town, region and also the world of education have changed enormously in the intervening period and one warning the outgoing principal has for legislators and officials is not to overload teachers and schools with red tape and bureaucracy.

â€œThe biggest change is the amount of reform thatâ€™s happening. Some of it is necessary but thereâ€™s also a curriculum overload now. When I started, I had time to sit down and talk to students and teachers but now thereâ€™s a huge amount of administrative work and legal work and forms to fill in and so on. Itâ€™s moving away from being people-centred to being a job where you have a huge lot of paperwork and you get less and less chance to be with people. If you donâ€™t have a chance to deal with people and talk to the kids, itâ€™s going too far.â€

A positive change has been the â€œmassive investment by governments in school infrastructure and in the whole area of IT,â€ he added.

Mr. Bannonâ€™s stint in the High School has seen a major expansion in the amount of extra-curricular and co-curricular activities, from a wide variety of sports to quizzes, debating, enterprise competitions, art projects and more. For this, he pays tribute to the teachers - currently numbering 47 along with seven Special Needs Assistants (SNAs) and other staff, for their flexibility and creativity, as well as the â€œunbelievable supportâ€ at all times for parents.

Highlights are â€œtoo many to mention,â€ with something different every year, while the main lows have been the tragic losses of some pupils and teachers who have passed away at young ages.

As he departs the Kickham Street school, he hopes to see any more changes to education being introduced at a â€œmanageable paceâ€, which will allow teachers continue doing what theyâ€™re supposed to be doing. â€œWeâ€™re here to educate people and if there are too many chances, it becomes harder to do that. As a country we have brilliant, brilliant teachers who are so good with their students. We also have young people who want to learn and be educated. We just need to slow down the pace of change.â€

Meanwhile, the High School itself is â€œin a good placeâ€ at the moment, he says, offering his support to whoever takes over the principalâ€™s office in September. â€œIâ€™ll be sorry to leave, itâ€™s been an important part of my life.â€

Mr. Bannon said he has no firm plans for his time post-August, although he would like to continue working in the field of education and may do some consultancy, along with devoting more time to Clonmel Golf Club where he is currently vice-captain. In the meantime, he plans to take time out to spend with his wife Kathleen and four sons, all of whom are past the school and college stages - Hugh, Lorcan, Philip and Gerald.

Mayor of Clonmel Billy Shoer said this week he was deeply grateful for the role played by Shay Bannon in local education and community life over the last 22 years. â€œHeâ€™s been very pro-active in developing the school to a huge extent. It has a great reputation in the worlds of education and sport and had many, many national titles in different areas over the years. As Mayor of Clonmel Iâ€™m very appreciative of all the work heâ€™s done and I wish him the very best on his retirement.â€