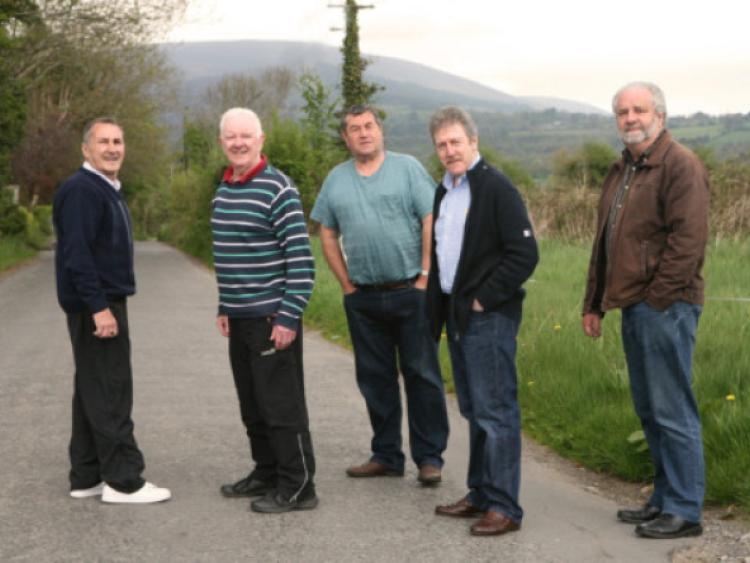 A group of prominent musicians in the Carrick-on-Suir/Waterford area has come together to arrange a gala tribute night in Carrick-on-Suir to the famous and highly respected Waterford based singer/guitarist, Don Duggan.

A group of prominent musicians in the Carrick-on-Suir/Waterford area has come together to arrange a gala tribute night in Carrick-on-Suir to the famous and highly respected Waterford based singer/guitarist, Don Duggan.

Though retired for some years, Don will be remembered fondly for a lifetime of entertaining people from the Showbands era right through the halcyon days of cabaret.

Though he began with his own group, The Avengers, in Ferrybank, most people will remember Don from his time as lead singer with The Savoy Showband and later, The Partners, when Don and drummer/vocalist Danny Tobin could be relied on to pack out almost any of the dozens of venues in Waterford, Tramore, Carrick-on-Suir and Dungarvan.

In 1968, Don Duggan and The Savoy were the first band in this country to record a Bob Dylan song, â€˜Iâ€™ll Be Your Baby Tonightâ€™.

It was very successful and is still a radio favourite on many station.

Don was also a very talented hurler and, at a young age, was playing senior hurling for his club, Erinâ€™s Own, and for the Waterford senior team.

Unfortunately, he couldnâ€™t continue to perform at the highest levels in both hurling and music and, in the end, music won out.

The gala tribute night is being organised by, among others, Carrick singer Liam Dwyer and former Miami bassist, Stephen Travers, and it will take place in The Carraig Hotel, Carrick-on-Suir on Sunday, August 4, which is the Bank Holiday Weekend.

Many top guests are being lined up to appear on the night and such is the esteem in which Don is held that they probably wonâ€™t be able to feature everybody who would like to participate.

A sad aspect is that, had he lived, Joe Dolan, one of Donâ€™s best friends, would have been the first to offer his services.

Tickets are now available for the show. They cost â‚¬10 and are available from John Palmer Music, Georgeâ€™s Street, Waterford, and The Carraig Hotel, Carrick-on-Suir.