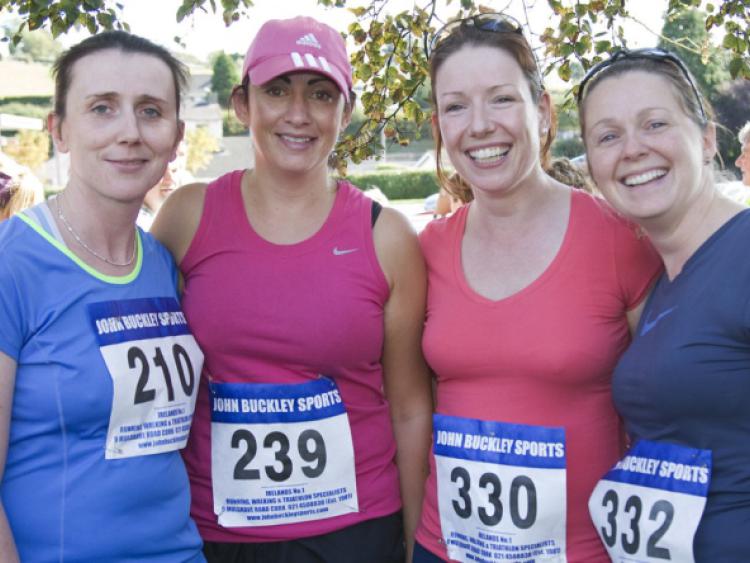 The fun run/walk was organised by the school community in an effort to raise funds for new furniture in the classrooms. To this end, they were very successful with over 175 participants of all ages and abilities taking part on the day.

Registration started at 11am in the Rock of Cashel car park and the race got underway at 12pm, with the runners beginning their route at the Rock and taking in the Kiln, heading off out the Camas Road and back in the BÃ³ithrÃ­n Bocht before finishing at Oâ€™Brienâ€™s Farmhouse, opposite Hore Abbey.

Several seasoned runners described it as a â€œtough courseâ€ with a number of testing inclines along the way. However, in glorious Autumnal weather conditions, Tony Fogarty set a blistering pace and was the first adult male over the line in a time of 26 minutes 58 seconds. Madeline Loughnane was the first adult female to finish in an equally impressive time of 30 minutes.

Many boys from St John the Baptist Boys National School itself ran in the race, in part as preparation for the upcoming Primary School Cross Country Championships in Thurles. Sean Oâ€™Neill was the first boy home in just over 40 minutes, great running for a sixth class pupil! Sean was closely followed by TJ Barron in second and Kevin Gayson Molloy in third place. So many of the younger participants showed great determination to get over the end line with their proud parents waiting to cheer them home.

A prize giving ceremony for the top three male and female in each of the categories was held afterwards outside the catering tent in Tom Oâ€™Brienâ€™s field. This tent was kindly erected by the local scouts, and served as a venue for the entertainment and refreshments that greeted the participants once they had completed the 8k route.

The very favourable weather conditions added to the sense of occasion along with the spectacular views that greeted the runners and walkers as they approached the finish. There was a party-like atmosphere as onlookers watched proceedings and cheered the contestants home.

An event like this couldnâ€™t take place without the goodwill and hard work of so many, and the smooth running of the event is testament to meticulous planning by the running committee comprised of teachers, parents, local runners and Board of Management members.

The large amount of volunteers who helped on the day further reinforced the generosity of the Cashel people who willingly gave up their time to help the school. It is hoped that the run/walk will become an annual event in Cashel and that it can be even bigger and better next year.