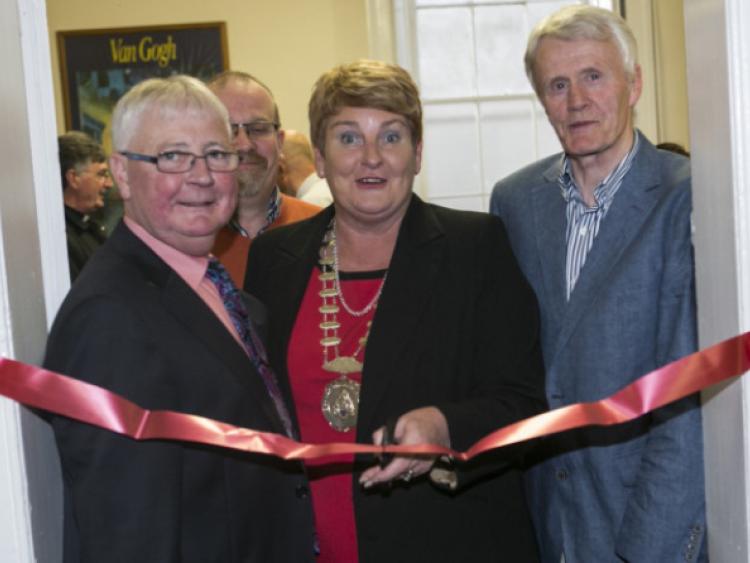 The new Vincents Book Shop at Mulcahy House in Anglesea Street, Clonmel is another attempt to raise funds for the Society of St. Vincent de Paul while making Mulcahy House more available to the entire community.

The new Vincents Book Shop at Mulcahy House in Anglesea Street, Clonmel is another attempt to raise funds for the Society of St. Vincent de Paul while making Mulcahy House more available to the entire community.

This was stated by Eamon Griffin, president of the local branch of St. Vincent de Paul, when the bookshop was opened by Deputy Mayor Gabrielle Egan and blessed by Canon Brendan Crowley, parish priest of Ss Peter and Paulâ€™s.

Mr. Griffin said that people could come in and have a cup of coffee and browse through the wide range of second-hand books on offer, and maybe even buy a book or two.

Initially the shop will be open on Thursday, Friday and Saturday mornings from 10am to 1pm.

He said that Vincent de Paul also sponsored a Community Employment Scheme based mainly in Mulcahy House, giving part- time jobs to 15 people and one full-time supervisor. Two part-timers worked in the Vincent de Paul shop in Cahir, two were drivers for the Meals On Wheels organisation and the rest operated from Mulcahy House and the shop in Mary Street.

â€œThese people are of course in addition to the many volunteers who give of their time and energy so freely. We also have people from the Cluain centre and the National Learning Network here on work experience on a regular basisâ€.

He said that the shop in Mary Street was a major source of funding. Clothes that werenâ€™t suitable for sale were bagged and sent for recycling.

The Society accepts donations of all types of clothing, books and bric-a-brac either at the shop in Mary Street or in the mornings at Mulcahy House.

For almost two years Vincent de Paul has run a second-hand furniture sale every second Friday morning at Mulcahy House in another effort to raise funds for those in need.

Itâ€™s delighted to accept donations of any unwanted furniture in good condition and if itâ€™s reasonably local it can arrange to collect the furniture. The Society may be contacted at 052-6123878.

â€œOne hundred per cent of all funds raised locally is reâ€“distributed locally to those most in needâ€, Mr. Griffin added.