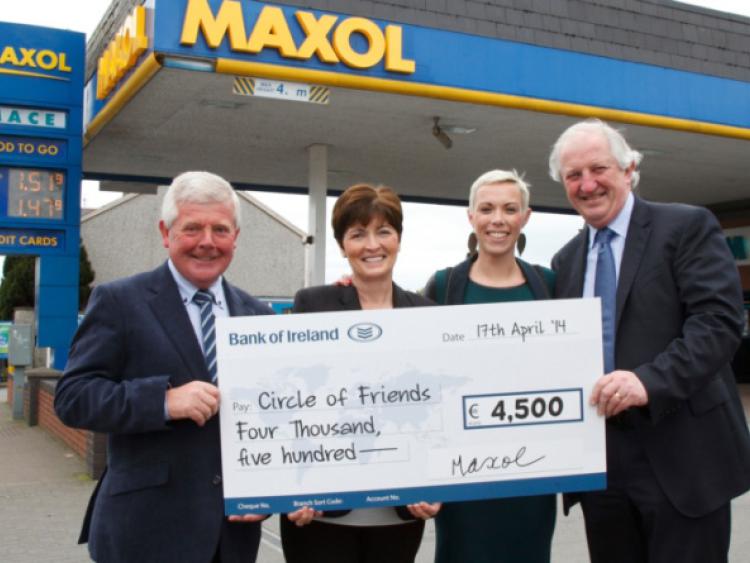 The Cirle of Friends cancer support centre has won a national community award.

The Cirle of Friends cancer support centre has won a national community award.

The centre was nominated by Liam Wall, Maxol Service Station in Tipperary for an award in the national Maxol Community Action Awards.

â€œWe chose Circle of Friends Cancer Support Centre as it is a start-up project and its founder Jennifer Jones is a cancer sufferer herself,â€ explained Liam. â€œJennifer explained to us how previously she had to travel almost three hours to Cork to avail of a cancer support service. It was the success of the Cork centre, the Girlâ€™s Club that inspired Jennifer to start this similar project in Tipperaryâ€.

The awards are designed to help Maxolâ€™s network of retailers build closer relationships with their respective communities.

Maxol CEO, Brian Donaldson congratulated Circle of Friends and their retailer for nominating the group that was doing so much good work in the community.

â€œWe believe business has an obligation to be a positive force in the community and this initiative was to help our retailers identify and support a worthwhile local cause. Itâ€™s not just about handing over money; itâ€™s about our retailers and their staff being actively involved in local projects and long lasting relationships are created that promote greater loyalty and alliances between Maxol, its retailers and each communityâ€

Liam and his wife Breda are absolutely delighted to support Jennifer and her team.

â€œ Circle of Friends has given us and our staff in Maxol Tipperary a fresh awareness of community activity and a real appreciation for the need to support local initiatives.

We wish Circle of Friends every success in all their vital work with cancer sufferers and their families,â€ added Liam.