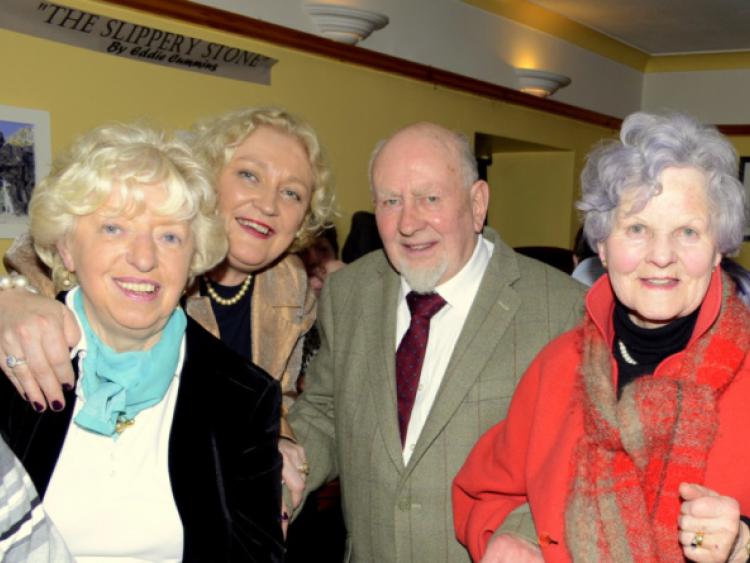 A book written about his childhood and teenage years spent on the Gurteen estate in Kilsheelan is the fulfilment of a lifelong ambition for Eddie Cummins.

A book written about his childhood and teenage years spent on the Gurteen estate in Kilsheelan is the fulfilment of a lifelong ambition for Eddie Cummins.

The Slippery Stone was launched at Nagleâ€™s bar in Kilsheelan and was also celebrated with â€œa singing and signingâ€ night at Careyâ€™s bar in Clonmel last month.

Eddie, who lives in Abbey Road, Clonmel was born on the estate, owned by Major de la Poer, where Eddieâ€™s father Bill, who came from Dualla, worked as the land steward, or farm manager.

The family lived in the house at the rear of the castle and the house came with the job. His mother, the former Madge Ryan, who came from Laffansbridge, inspired the title for the book when she stated â€œthereâ€™s a slippery stone outside every gentlemanâ€™s doorâ€, meaning that if the job was lost then so was the house.

Whenever he spoke about life on Gurteen Eddieâ€™s late wife Mary (to whom the book is dedicated) often suggested that he should put his recollections into written form. The same suggestion was made to him when he met Nicola Everard, a grand niece of Count de la Poer, shortly after Mary passed away two years ago this May.

Eddie wrote the book by sending e-mails to Nicola. Anthony de la Poer, who wrote the foreword, was also a great support. â€œHe encouraged me every step of the wayâ€, he says.

He also discovered that writing the book was a source of therapy in helping him to cope with Maryâ€™s loss.

â€œI have very happy memories of growing up on the estate, I had a great childhoodâ€, he says.

Written in a warm, conversational style, the book evokes memories of an age light years away from the era of Twitter, the internet and e-mails.