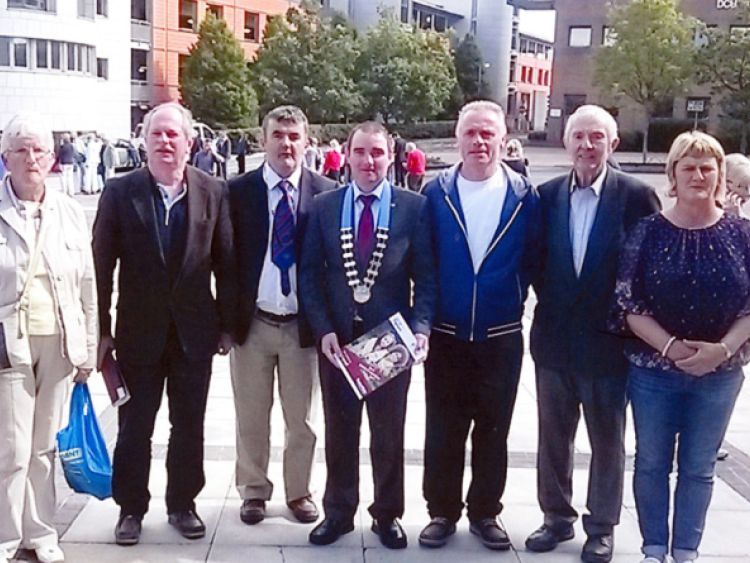 The steady improvement in the appearance of the town over a number of years has been reflected in Clonmelâ€™s performance in the Tidy Towns competition.

The steady improvement in the appearance of the town over a number of years has been reflected in Clonmelâ€™s performance in the Tidy Towns competition.

medal for the seventh year in-a-row; increased its marks by six and was just ten marks off the overall winner Kilkenny, in the results announced last week.

â€œWeâ€™re very proud of the gold medal awardâ€, says Martin Behan, chairman of the Tidy Towns committee. â€œItâ€™s an achievement not just for those involved in Tidy Towns but for everyone in Clonmel that this standard can be maintainedâ€.

Secretary Frank Oâ€™Donoghue says â€œweâ€™re delighted that Clonmel has moved into the upper echelons of towns, especially since itâ€™s harder to increase your marks when you move up the tableâ€.

The committee has praised all its volunteers for their dedication throughout the year and for the last number of years. They are also very grateful to the staff of the former Borough Council and the new District Council, especially the outdoor staff for their arrangement of the floral displays and maintenance of the green areas; the business community and the Chamber of Commerce.

Thanks are also extended to the residents associations for the care and attention devoted to their areas. One of those, in Cooleens Close, was singled out for special mention for its excellent maintenance of the community garden.

Inevitably in such a large town there were blackspots. The recycling centre at the Suir Island car park wasnâ€™t favourably commented upon but the committee is satisfied that this is just a temporary arrangement, as the area will be renovated and modernised as part of the improvement scheme for Suir Island and the Denis Burke Park.

â€œWeâ€™re told that these two areas will be gems for next yearâ€, says Martin Behan.

They are also looking forward to the development of the greenway towpath alongside the river, incorporating cycle routes, which itâ€™s stated will be a major boost for local tourism and amenities for families.

The report also highlighted a problem with chewing gum, discarded cigarette butts and sweet wrappers. The committee is looking for improvements in this regard and hopes that everyone is conscious of the problem, especially in the town centre.

A mini Tidy Towns competition for children and youths thatâ€™s also in the pipeline is also welcomed.

The volunteers are already looking forward to the challenges that 2015 will bring.

â€œWith the works in progress at the Denis Burke Park, the development at Suir Island and the contributions of the residents associations, the townspeople and all the other bodies things can only get betterâ€, says Martin Behan.