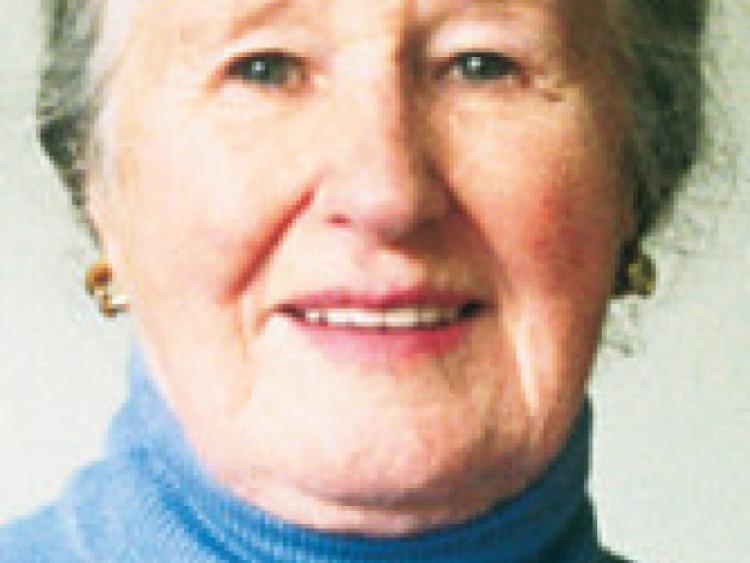 When the 2012 edition of the Tipperary Historical Journal was delivered to my home, in the last days of December, an anaticipatory look at the index brought me immediately to page 112 and a paper under the title: “‘The people never seem to lose their charm’:Calum Iain Maclean in Clonmel” contributed by Dr.Andrew Wiseman, a distinguished Scottish scholar in Celtic Studies.

When the 2012 edition of the Tipperary Historical Journal was delivered to my home, in the last days of December, an anaticipatory look at the index brought me immediately to page 112 and a paper under the title: “‘The people never seem to lose their charm’:Calum Iain Maclean in Clonmel” contributed by Dr.Andrew Wiseman, a distinguished Scottish scholar in Celtic Studies.

The name Calum Maclean evoked memories of Irish language classes in the Vocational School in Clonmel (a school then known as “The Tech”).under the auspices of Michael O’Ceitinn (known to generations of students as “Geoff”).

On at least two occasions, the class was enlivened by the vitality and humour of a small man, who spoke in a language vaguely familiar, but not completely understandable- Scots Gaelic - or GAllic as it was pronounced. He taught us some jolly songs from the Islands and Highlands of Gaelic -speaking Scotland, and his few visits were welcomed by the students,if only as a break in the tedium of learning the abstruse details of irregular verbs.

I know now from Dr.Wiseman’s paper , and which I did not know then, that Calum Maclean was a brilliant graduate in Celtic Studies from Edinburgh University:that he was a native of the Island of Raasay in the inner Hebrides;that Gaelic was his birth language and that he come to Ireland ,on scholorship, just before the outbreak of World War 11 in September 1939 and that he lived and worked in Clonmel in the year 1944. But, more surprisingly, that this mild mannered (very deaf) young man came under the supervision of the Irish Secret Service G2.

From the perspective of a desk in a school in South Tipperary in 1944, Scotland seemed a remote and “foreign”place. But looking,last year,at the wonderful view of the Paps of Jura from the North Antrim coast,it presented as just the next parish. And I was to personally discover the affinity in language and culture (and indeed history) when years from “The Tech” experience, I explored some of the hauntingly beautiful bens and glens of the Western Highlands and the expanses of the Island’s coastlines.The GAelic place-names were all understandable, and echoes of our ancient legends confirmed the “parish” affinity.

But back to Calum Maclean’s Clonmel period in 1944, when he worked in Clonmel industries in Upper Irishtown, (known as the Pram Factory),then managed by Sligo man,Seamus Horan, and where he had “digs” in 86 South View. Dr.Wiseman traces this period and re-produces a number of surviving letters from this address to Calum’s brother Sorley (Sam),where he explains his difficulties in preparing a thesis for an MA, while trying to keep a roof over his head.

When the scholarship ended, he obtained some work with the Irish Folklore Commission,and spent time in Connemara collecting songs,and then arrived in what Dr.Wiseman describes as the “rather unlikely place of Clonmel, Co.Tipperary” (This columnist suggests that the “unlikely” became a possibility on his meeting with Seamus Horan, who was an Irish -language enthusiast).

However, from his letters,it appears that his time in the town was happy. Certainly,as he shyly sang his native songs to us in “The Tech”,he seemed to be, for the time being at least, a happy man.

He loved Ireland and was very sad to leave the country at the end of the war. And he loved Irish peopole, young and old.”The people never seem to lose their charm”,he wrote from Irishtown to his brother, and this has become the title of the Wiseman paper in the Journal. While in the town, and in St.Mary’s parish, he converted to Catholicism, an extraordinary step at the time for one brought up in the staunch Free Presbyterianism of much of the Highlands and some of the Islands.

But it was the Wiseman revelation that, while in Clonmel, the benign and scholarly Scotsman became the subject of scrutiny from G2,that surprised me. It is often forgotten that,at the time, a not insignificant number of Irish people hoped for a German victory - a sentiment which proved embarrassing on the discovery of the concentration camps. A possible alliance between Scottish Nationalists and the then Nazi sympathies of the IRA, may have lent some credence to the suspicion.

Dr.Wiseman says that G2 also wondered why he had not chosen to serve his country in the war, despite the fact that his two brothers, medical doctors, were serving. The conclusion was that Calum’s hearing problems, which further deteriorated with time would have exempted him from army service. Suspicions unfounded, G2 lost interest in him,but the Journal article opens up an intriguing backward-glance into the conspiratorial machinations of the time.

Back in Scotland, Calum Maclean became a Senior Research Fellow in the School of Scottish Studies in Edinburgh University in 1951,but it is his extraordinary work in the field of collecting and recording so much of the Gaelic language, songs and traditions of these islands before it was irrevocably lost, that is his greatest legacy. He died,tragically young,in 1960.

The article on Calum Iain Maclean in Clonmel is one of 16 in the 2012 edition of the Tipperary Historical Journal, all contributing to our knowledge of our county, from medieval to relatively modern times. This is the 25th edition of the Journal, now under the editorship of Dan Finnan. Copies are available from the County Library,Thurles.

Perhaps if this columnist could listen to the remote echoes in an now elderly brain ,I might still hear the strains of Calum Maclean’s lovely songs of those stunningly beautiful, and equally remove,Hebridean islands.Thanks ,Dr.Wiseman, for the memory!