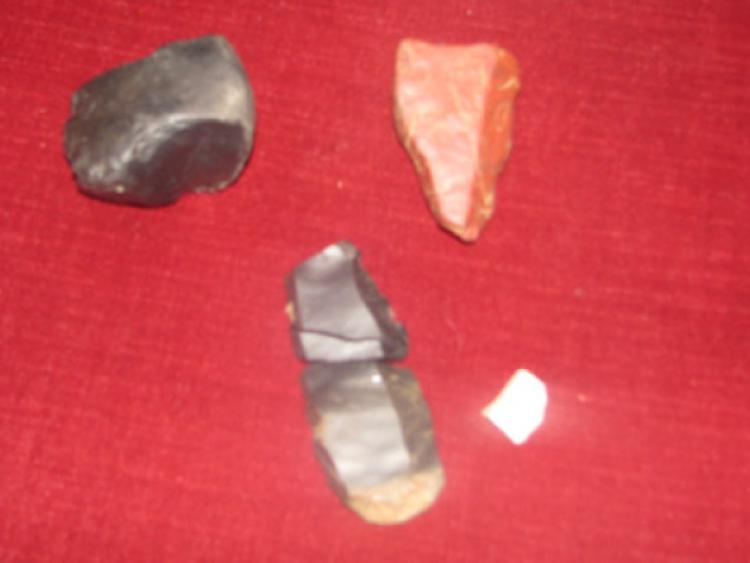 Several pieces of flint and other artefacts found at the ancient heritage site of Carnahalla near Cappawhite have been donated to the South Tipperary County Museum.

Several pieces of flint and other artefacts found at the ancient heritage site of Carnahalla near Cappawhite have been donated to the South Tipperary County Museum.

The stone along with a piece of jasper and some copper metal slag were handed over to the Clonmel based museum two weeks ago by farmer Tom Coffey, who owns the 72 acres Carnahalla site that features 20 sites of archaeological note, scenic walking trails and woodland boasting the largest hazel and crab tree in Ireland.

Mr Coffey, who has built a heritage centre at Carnahalla, said the discovery of flint is further evidence that it was a site of high status going back thousands of years. He believe one of the flint pieces dates back to the Stone Age, while the other is from the even older Mesolithic period.

He explained that flint with its razor sharp flakes was used for tools including arrow heads, knives and scrapers. It had to be imported from the south of England as there are no flint mines in Ireland.

The copper slag is evidence that bronze and copper was made at the site while the jasper was a stone used in necklaces.

He found the artefacts in a stream, near a 50ft high mound, near a Bronze Age cooking site and in an area where he was doing development works at Carhnalla over the past few months