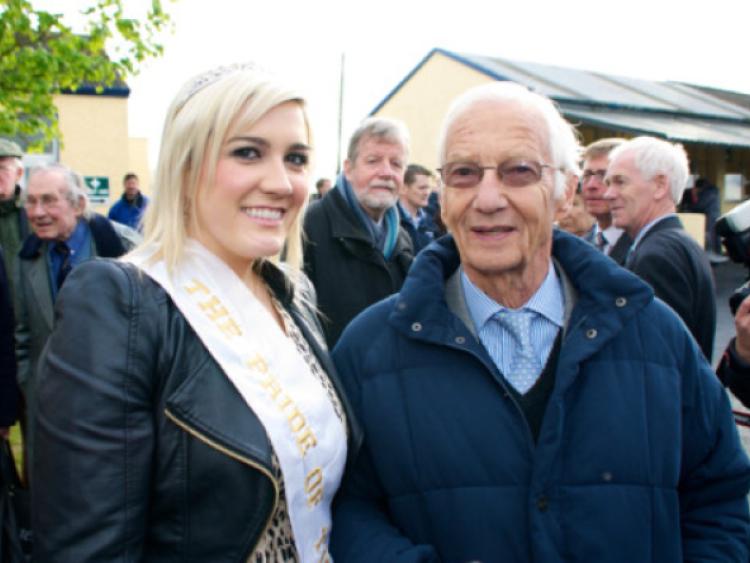 Lester Piggott was the guest of honour at the official launch of the newly redeveloped Tipperary Racecourse last Thursday evening.

Lester Piggott was the guest of honour at the official launch of the newly redeveloped Tipperary Racecourse last Thursday evening.

It was an excitable event with many people turning out to catch a glimpse of the legendary jockey and take the opportunity of signed autographs. The rain held off and at one point the sun shone giving the impression of a summer’s day as the punters queued to place their bets and prayed for greater fortune.

The Tipperary Racecourse has built a new entrance building, secretary’s office and a pre-parade ring facility in addition to the already completed American-style barn with forty-two stables. Further developments are planned over the summer months.

Jane Davis Manager at Tipperary Racecourse was delighted with the turnout. “It was an incredible occasion and we are very grateful to everybody who came out to show their support.

There was a great sense of community spirit and it was fantastic to see Lester Piggott at Tipperary Races; he is a true gentleman and spent a lot of time signing autographs and posing for pictures with race goers.”

After the third race Lester Piggott was joined by the Chairman of Tipperary Racecourse Mr. Tim Hyde, the newly appointed Chairman of Horse Racing Ireland Mr. Joe Keeling and members of the Racecourse Committee at the new entrance building to cut the ribbon on the new development.

Lester was accompanied by his daughter, RTE television presenter Tracy Piggott and enjoyed the banter and craic from his peers and the support and admiration from onlookers.

“It really is a pleasure to be here for this occasion,” said the legend as he walked towards the launch ceremony.

For details on upcoming races go to www.tipperaryraces.ie