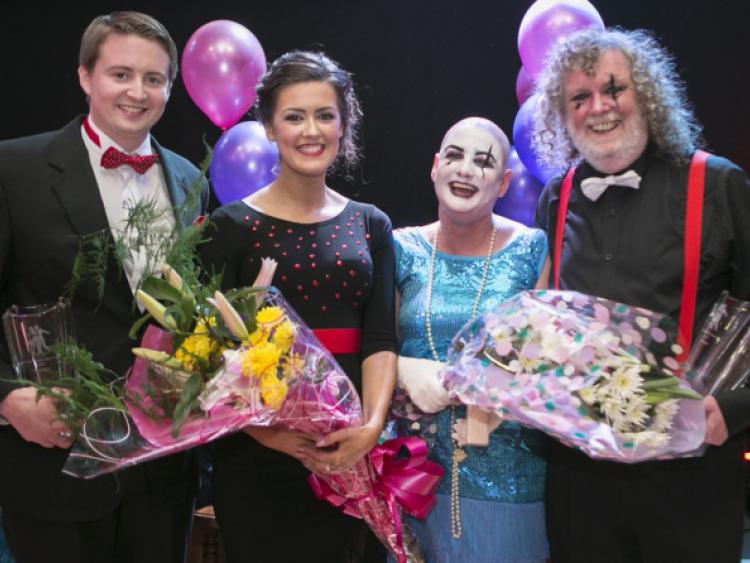 The hotel’s function room hosted a capacity crowd who feasted their eyes on the tangos, rumbas and cha-cha-chas of the 22 dancers, each of whom put in a huge effort in rehearsals over the previous eight weeks.

There was great variety and the dance floor was an explosion of colour in what was a testament to the work of choreographer Ruth Quinn and event organiser Maria Gleeson, while host Liam Molumby was in fine form.

The judging panel consisted of Deirdre Buckley, Seamus Lahart and Noel O’Donoghue, who had travelled from Dublin.

During the interval the audience was treated to dancing from “On Your Toes Sapphire Diamonds”, seven-times world champion Irish dancer Michelle Lawrence of the Lawrence Academy, Cashel, who was accompanied by students of the academy and Sarah Byrne of Flames of Fire Fame. This was followed by Sean Nos dancers from Rince Ni Chraith in Newcastle, accompanied by Clogadh Kelly.

There was also a performance from professional dancers Sean Smulllen and Aimie Leak. As the standard was so high the title of champion was shared between Caroline Kennedy and Ken Horne, who did a hilarious and crowd-pleasing Charleston to “Speak no Americano”; and Grace Hogan and Kevin Pollard for their extremely technical Cha Cha Cha to “Uptown Funk”.

Project Leader of Cuan Saor, Geraldine Mullane said it was difficult for family, friends and the community to hear about domestic violence, and to know what to do about it. She asked the audience to do two things - not to collude with the violence and to be part of the solution to end violence against women.

She thanked everyone who contributed, took part and supported the event in any way and paid special tribute to the organising committee of Verona Nugent, Christine Phelan, Isobel Killoran, Breeda Bell, Martina Killoran and Maria Gleeson.