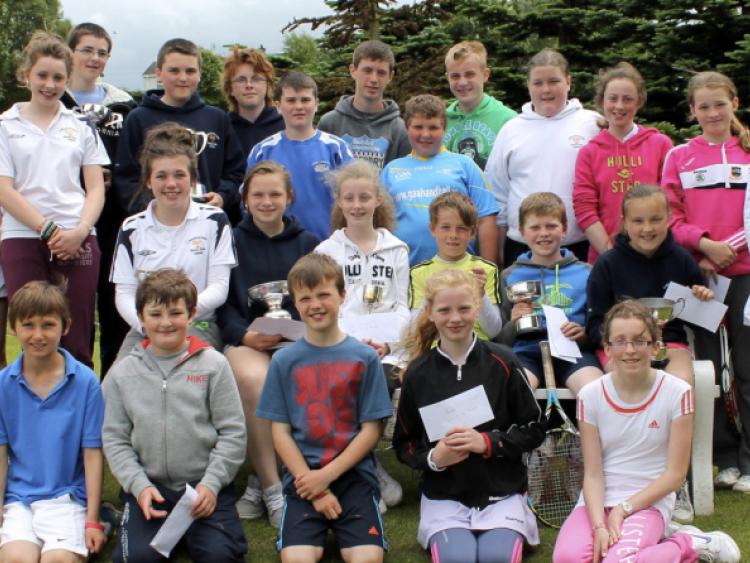 The weather might have been wet but the results Larkspur tennis club sparkled at Hillview senior tennis open week.

The weather might have been wet but the results Larkspur tennis club sparkled at Hillview senior tennis open week.

Marie Cummins and Ger Anglim got the winning streak off to a start by taking the grade 6 ladies doubles title. Eddie Tobin was knocked out in the quarter final of the grade 5 men’s singles. Camillus Croke, after beating the number 2 seed in the semi-final, was beaten by the number 1 seed from Hillview in a thrilling 3-set final. In the grade 5 men’s doubles Camillus and Sean Murphy had a convincing win in the final.

In grade 4 singles Bernard Ryan, seeded 3, beat the number 1 seed in a 2 set final. He dug deep and battled to win the second set 7-5 to win the match. Bernard and his son Gregory Ryan went on to play the final of the grade 4 men’s doubles but lost in the final in 2 sets.

Patsy Cooney and Barbara Ryan battled hard in the grade 3 women’s doubles final to win in 3 sets. Number 1 seeds Patsy Cooney and Joe Ahern took on number 2 seeds Barbara Ryan and nephew Gregory Ryan in the grade 3 mixed doubles final. The all Larkspur final was a tense affair. Barbara and nephew Greg won the tie-break 7-5 to win the match. In the grade 3 men’s doubles Jimmy Ryan and Joe Ahern, number 2 seeds, played a 3 set thriller against the number 1 seeds from Castleview but lost 7-5 in the third set.

In the grade 1&2 mixed doubles, Benny Dudley and Catherine Fitzell lost to Sinead Dunne and Gareth McGlinchy in a quarter final. The match was again, very tense, Sinead and Gareth went on to win the match. Ursula Ryan and Moss Ahern played against Jaco Oostuysein and Grace Durkin in the mixed doubles grade 1&2 in a very tight 3 set quarter final. Gareth and Sinead played the winners but lost to Jaco and Grace.