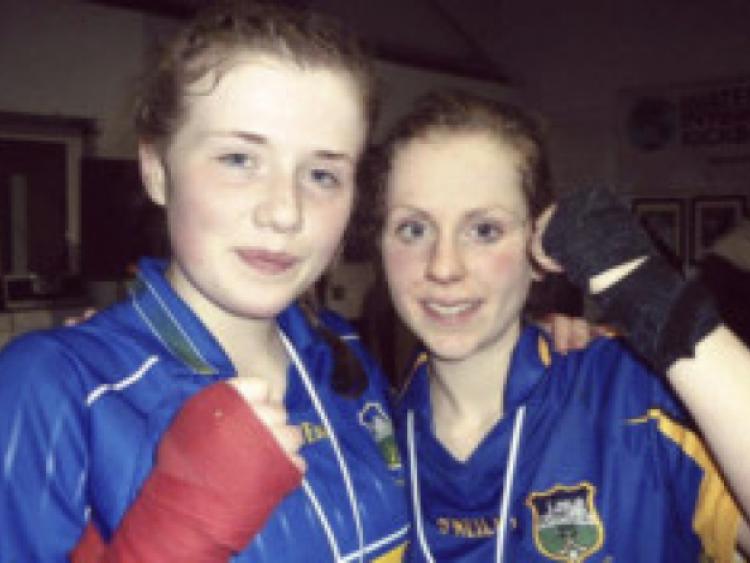 The Tipperary Kickboxing club has had a very busy and successful summer travelling all over Ireland to take part in competitions.

The Tipperary Kickboxing club has had a very busy and successful summer travelling all over Ireland to take part in competitions.

In July the juniors travelled to Mountmellick to take part in the Light Contact Fighting competition and won five gold medals and three silver.

In August the Junior team were in action in Ashbourne Co. Meath and brought home four gold medals and three silver.

The senior team competed in Galway in May where all the team managed to get their hands raised and subsequently, senior fighters Aoife Peters and Lisa Moloney from Tipperary Town, travelled to Waterford and both won their competitions.

Both Aoifa and Lisa are ready to challenge for title glory.

Aoife is unbeaten in four fights and Lisa is blazing up the rankings.

Craig said he was very pleased with the teams progress and delighted with the dedication shown by all of the members.

“The girls train as hard as any male fighters and keep in great shape training three nights a week. All their hard word is paying off and with such talent, the club’s success for the future is looking good.”

Club junior member Alicia Chambers’ from Tipperary Town is the Irish National Champion winning the title in October 2012 in only her third fight.

She is unbeaten in thirteen fights.

“It is becoming very hard to match her in Ireland,” said Craig.

“And she is now in training to defend her title in October.”

Kickboxing is at an all time high in Tipperary with the girl’s success in national competitions and in February,

Tipperary town’s Sean Eggy Egan became the Irish Lightweight Champion in the Marion Hall Tipperary town after an absence of a top level kickboxing tournament in the town for over twenty years.

Sean Eggy Egan stepped into the ring to face Portlaoise hero Shane Marum for the Irish full contact lightweight title belt. Sean prepared for the match by training seven days a week for four months and his stamina and fitness helped him to victory.

The Tipperary Kickboxing club will be open for three years in April 2014 after funding from the Three Drives Family Resource Centre allocated a budget through the Dormant Accounts Fund to develop a new boxing club.

The club is open Monday, Wednesdays and Fridays with Juniors at 6pm, women’s cardio kickfit at 7pm and mixed adults at 8pm. Contact Craig on: 0879682833.