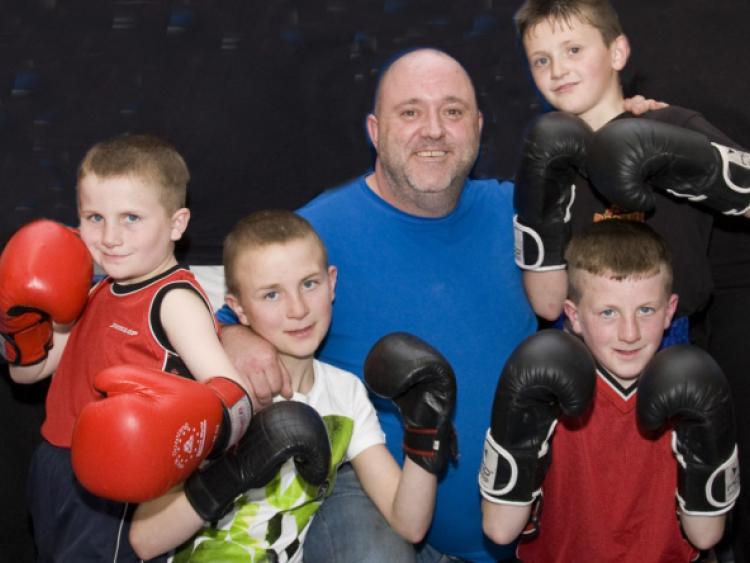 As the competitive boxing season comes to an end, Cashel Boxing Club hosted a sparring exhibition show and can pride itself with its many dedicated and hard working members.

As the competitive boxing season comes to an end, Cashel Boxing Club hosted a sparring exhibition show and can pride itself with its many dedicated and hard working members.

The exhibition, on Sunday, July 7, included boxers from other Tipp clubs. Many boxers, girls and boys, impressed coaches and spectators as they showed their skills.

It has been an exceptional year for Cashel Boxing Club with highlights such as club boxers winning County and Munster titles, and the visit by Olympic boxer Adam Nolan last December. The club had great success in the Girls Waterford/Tipperary County Championship in Tralee in March. Linda Donoghue, Samantha Doyle and Bridget Doyle won county titles and qualified for the Munster Championship which took place in Castleisland in April. Again, Munster titles were claimed by all three and Linda won a particularly hard tussle when she got on top in the second round and scored a technical knockout. At the national semi-finals in The National Stadium in Dublin they fought hard but the experience of their opponents proved too much. They will learn from the experience and go back to the All Ireland more confident next season. The girls also claimed Wexford Inter- County championship titles and should be proud of their first year in competitions. Cashel was represented at the boys Waterford/Tipperary County championship earlier this year by Thomas and Mickey Delaney, Michael Hutchinson, Thomas and William O’Reilly, Jamie O’Dwyer, and Aaron McCormack. Mickey and Aaron won county champion titles and Mickey won a first Munster title. Anyone interested in joining to compete for titles, learn new skills or just keep fit contact Peter 0871902176, Petra 0857034972 or Cashel Boxing Club on Facebook.