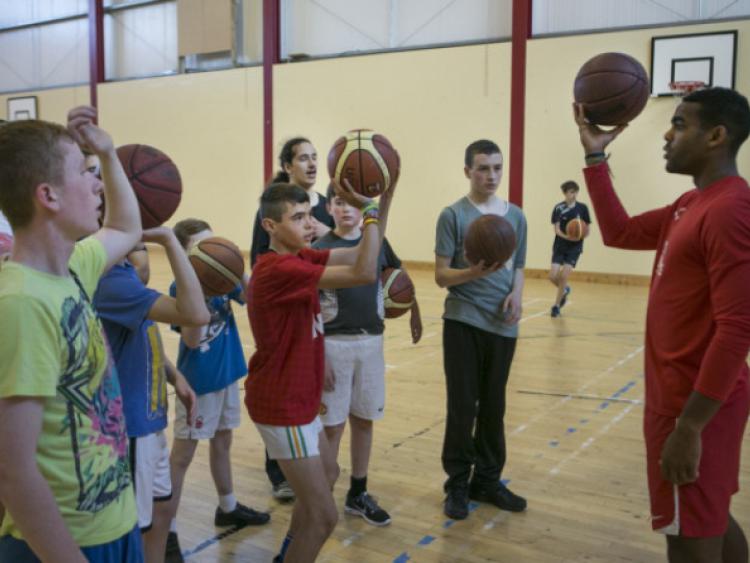 The players, who were based at Hearns Hotel in Clonmel, passed on their expertise to students in local schools.

“The visit was very successful. The American students showed the local students how the game is played at a high level”, said Liam Fennell, who organised the visit.

The players travelled here as part of the Sport Changes Life project. This group has grown steadily in Ireland and the United States since its establishment five years ago by Gareth Maguire, the former captain of the Irish Senior men’s Basketball team.

The group is based in Belfast but most of its associates come from Tipperary, Kerry and Dublin. It organises post-grad students from American colleges to visit Irish universities. Devoting a certain number of hours to the promotion of basketball in Ireland to the best of their ability is a condition of their scholarship, as is a commitment to motivate young boys and girls to make sport a major part of their lives.

This has had a huge impact in Northern Ireland especially, where it has helped foster closer bonds between traditional Catholic and Protestant communities.

“Breaking down barriers, be they religious or social, can only be positive”, says Liam Fennell. As a representative of the South Tipp Titans Basketball Club, which is based in Monroe, just outside Clonmel, Liam has had an association with Sport Changes Life for several years. With the support of Fergal and Jamie O’Keeffe of Hearns Hotel, the club facilitated the visit of the American students.

Coaching sessions were held during the week at the Sisters of Charity, Gaelcholaiste/CTI and the High School (all Clonmel), as well as Cahir Community School, Scoil Ruain in Killenaule, the Patrician/Presentation school in Fethard and De la Salle in Waterford. The American visitors, who came from Boston, Chicago, New York, Miami, Louisiana and Phildelphia, also enjoyed a visit to Coolmore Stud.

From Clonmel they will travel around the country to study at Trinity College, UL, Ulster University and NUIG, and play for the national league teams in those areas.

As well as his involvement with the South Tipp Titans, Liam Fennell is also the regional basketball organiser in the south east, an area that covers Tipperary, Waterford, Kilkenny, Wicklow, Wexford and Carlow. The south-east regional team that will compete in the All-Ireland Finals in Galway on October 14-15 will include two representatives from Clonmel High School - Patrick Loriano and Conor Coleman.