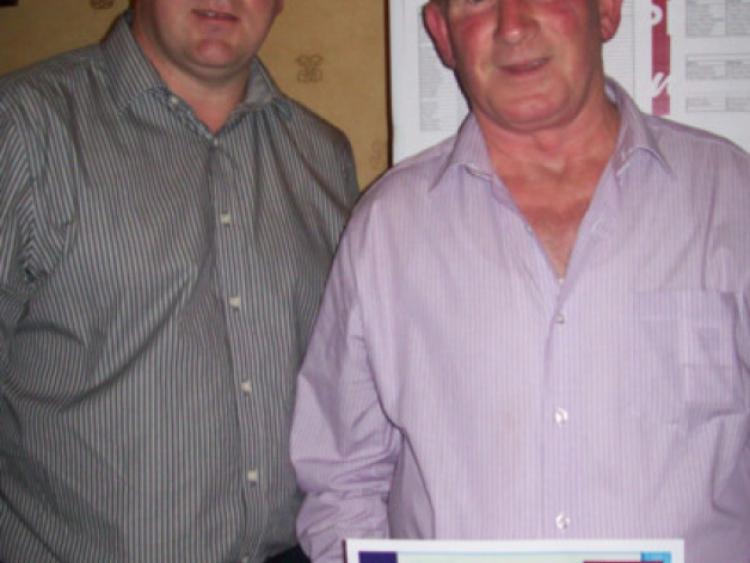 He had been shortlisted in recent weeks and finally got the call to attend the ceremony in Dublin last week.

This is a great endorsement to a man who has given time and dedication to Tidy Towns in recent years and the team of volunteers got behind Seamus in celebrating his achievement. He was nominated by the Chairman of Cahir Tidy Towns, Andy Moloney, last May. At the time of the entry and Andy always knew Seamus would be in with a chance.

“I get a lot of praise from people for the work we do, seven days a week, but if my man Seamie was not on the ground and available to do the organising for me then we could not achieve what we do,” Cllr Moloney paid tribute to his ‘right hand man.’

“Seamus came to me some years ago to use Tidy Towns as a means of recovery from serious illness and steadily built himself up with some light duties and as a means of rehabilitation. We have since moved on from that and he has completed an Irish Heart Walking Leader Course and participates in organising the ‘Meet & Train’ and this year’s Operation Transformation,” Cllr Moloney added.

The local tidy Towns group chairman also paid tribute to the local council staff and businesses as well as residents of the town “without whom we could not make progress. In five years we have come from 223 points to over 290 and that is testament to the wider community’s support.”

This all sets the group up for a great night of celebration next Friday, September 12, in the Shamrock Lounge for the Local Awards. Music will be by The Gambler.