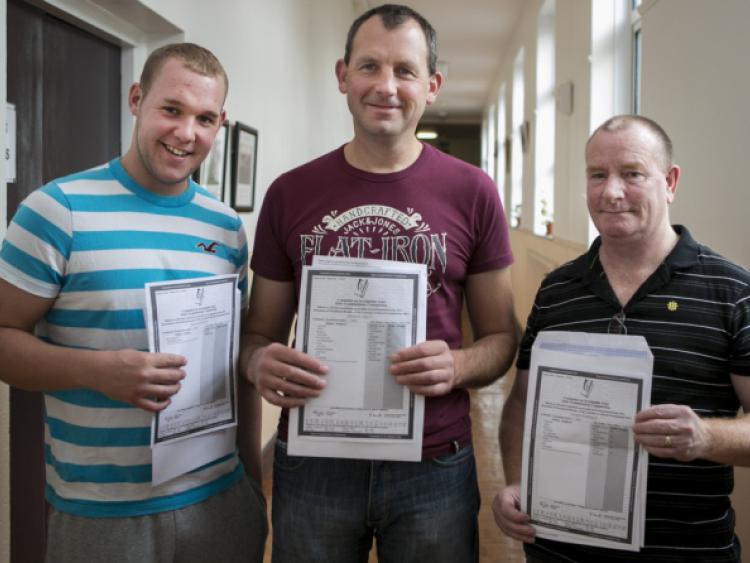 Sitting the Leaving Cert exams is one of the hardest trials in a young person’s life – but surely going back to school to take those exams as an adult is inspiring.

Sitting the Leaving Cert exams is one of the hardest trials in a young person’s life – but surely going back to school to take those exams as an adult is inspiring.

For one group of adult learners, the last few weeks brought the relief and delight that they never thought they would experience on Leaving Cert results day.

Men and women of all ages and from all walks of life return to education at the Central Technical Institute (CTI) in Clonmel every year – and every summer many of them achieve exam results to be proud of and embark on further education.

Thirteen people sat the Leaving Cert at the CTI in June and while admitting it was hard work, they would encourage anyone who is thinking about going back to take that step.

“I left school without a Leaving Cert the first time, I had no interest in school. It’s hard to go back with a small child, I was afraid I wouldn’t have time, but if you want something enough you make time,” Michelle Collins told The Nationalist.

Michelle has been awarded a place at UCC to study social science, thanks to her two As and four Bs.

Anthony Norris, who is off to WIT, echoed his classmates’ comments when he said he did better than he expected.

“I got three As, I wasn’t expecting that!” a delighted Michael Hally said. He is now going to study sports strength and conditioning at LIT Thurles.

Starting a business PLC course at the CTI this autumn is the appointed ‘mammy’ of the group – Breda Daniels. With three Cs, As and Bs she also admits her results were better than she expected. “It’s a brilliant course. The two years just flew,” she said.

Mature students returning to study have to cope with demands on their time as well as ‘the books.’

“The majority of mature students have kids at home but there was no pressure,” Michelle said. “There was constant support from Michael Crosbie, nothing was ever too much,” she said as she paid tribute to the co-ordinator of the VTOS Leaving Cert group.

Her classmates agree. “We were a real little family. Michael Corbett is just brilliant, he kept us going,” said Anthony.

Family support was also key. All agreed they could not have done it without their partners, parents and families – even if Breda’s 12 year-old granddaughter was a little dubious about someone choosing to go back to school, asking “‘why would you want to do that, granny?’”

Breda said: “It was very hard to go back into the classroom after 35 years, but everyone makes you feel very welcome. You feel very proud to go in that first day. I didn’t even know how to turn on a computer, it opened up a whole different world for me. It’s the best decision I ever made.”

Anthony was spurred on to take up the course because he wanted something new and was fed up with the life he was living. He says yes, you have to work but you can’t just wait for the country to get back on its feet.

Michael agrees. He left school after his Inter Cert and worked as a carpenter until the crash in the construction industry. Going back to sit his Leaving was an easy decision, he said, because he had no qualifications to look for another job.

Breda Daniels said “There was a lot of stress, there were tears, but yesterday‘s results made it all worthwhile.”

The VTOS programme in Clonmel is administered by the Tipperary Education and Training Board (formerly South Tipperary VEC) and takes place at the CTI Senior College.

There are also VTOS programmes in Cahir, Tipperary Town, Carrick-on-Suir and Killenaule.

VTOS is open to adults who are over 21 and have been in receipt of a social welfare payment for six months or more.

While on the programme, VTOS learners who were on Jobseekers’ Allowance prior to commencing generally receive their payment from the ETB and also receive help with materials and guidance.