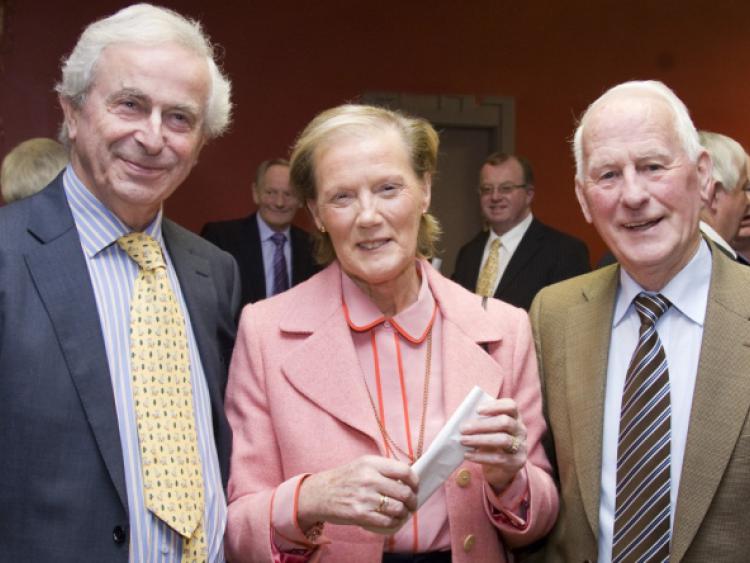 As more than 240 former members of Macra na Feirme came together in Hálla na Féile on Friday last stories and memories of competitions, field evenings, educational tours and other social occasions were recalled at the Cashel Macra Gathering.

As more than 240 former members of Macra na Feirme came together in Hálla na Féile on Friday last stories and memories of competitions, field evenings, educational tours and other social occasions were recalled at the Cashel Macra Gathering.

This special night of sometime rivals included a dinner dance preceded by many side shows and friendly competitions to test both skill and memory.

The competitive streak surfaced once again as the club allegiances sought to display their superiority. Marking was close but a group of former Clonoulty members took the honours from over 40 completed team sheets that included general knowledge sections on farm, home and two stock judging quiz sheets! A video of the recollections of some members of the earliest macra club in Cashel, from the late 1940s had been recorded and shown on a large screen.

A short reflection, conducted by Fr. Jim Purcell was based around aspects of Macra Clubs from the decades past. Symbols of its role in farming education, the benefits of debating, public speaking and light entertainment as well as the summer field evenings and deceased members were all honoured in prayerful remembrance and thanksgiving. A welcoming address by Pat Cummins, chairman of the organising committee and speeches by Seamus Hayes, former National President of Macra, Tom Hayes, T.D., Junior Minister for Agriculture and former member of Golden Macra and Michael Mockler, current South Tipperary Macra Chairperson preceded the dinner and the dance with excellent music provided by Sam Doherty.

As a once off event, success can be reported on several fronts, attendance, participation, catching up on old friendships and generally having a good night out.

The surplus from this gathering will go to a good cause and will be donated to South Tipperary Hospice in the near future.