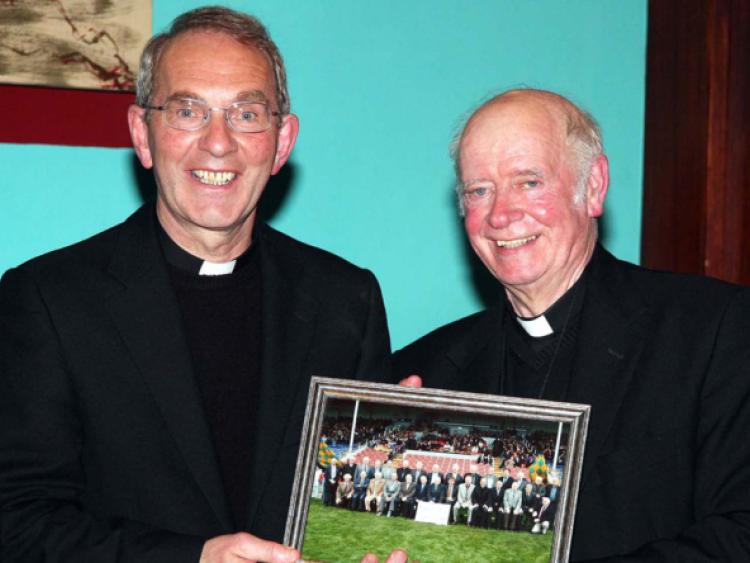 St Patrick’s College, Thurles will host an International Conference entitled “Exploring the link between Sport and Spirituality” on January 24 and 25.

St Patrick’s College, Thurles will host an International Conference entitled “Exploring the link between Sport and Spirituality” on January 24 and 25.

The driving force behind the conference is the College President, Fr Tom Fogarty, former manager of both the Tipperary and Offaly senior hurling teams.

A key presenter at the conference is Rev. John Boyers, the current Chaplain to Manchester United. Rev. Boyers will talk on a topic related to his current position, “Sports Chaplaincy at Manchester United.” Prior to this role at United, Rev. Boyers was Chaplain to Watford F.C. and also pioneered chaplaincy in the sporting world by being a founding member of an organisation that eventually became known as Sports Chaplaincy UK.

Boyers explains that the sports chaplain is invaluable in times of crisis or tragedy at a club, citing Fabrice Muamba’s experience as a case in point. Indeed, Muamba, who nearly died following an injury playing Premiership soccer, has commented on the vital role that Sports Chaplaincy UK plays: “Personally I know the importance of chaplaincy in my life and I am delighted to be a patron of Sports Chaplaincy UK, recognising the vital work of Chaplains within sport.”

Rev. John Boyers’ experience in sports chaplaincy, garnered over many years in the United Kingdom, undoubtedly has a significant contribution to make to the Irish context

Dr Nick Watson will deliver a public lecture to kick off the Conference, addressing a question that resonates with those involved in sport at all levels of performance, “Can Sport Build Character?” Nick is a senior lecturer at York St John University, UK, where he co-founded the Centre for the Study of Sport and Spirituality. Nick will also expose Conference delegates to his more recent research interest, the relationship between sport, religion and disability.

The current manager of the Tipperary Senior Hurling team, Dr Eamon O’Shea, will also address Conference participants. His presentation entitled “Preparing players for the ‘Big’ day” will impart insight into the variegated role of a manager and coach both on and off the playing field.

Dr Mark Nesti’s offering at the event promises to be engaging, given his work as first team counselling sport psychologist at Bolton Wanderers, Newcastle United and Hull City. In his Conference presentation, Mark will reflect on his 10 years inside the English Premier League as a sports psychologist.

Dr Kevin O’ Gorman will deliver a talk entitled “Hurling the Heart towards Holiness.” Fr O’Gorman is one of the few Irish theologians who has researched on the crossover between religion and sport and his publications include the thought-provoking Saving Sport: Sport, Society and Spirituality (Columba Press, 2010).

At the January Conference, Fr O’Gorman will investigate the integration of morality and spirituality in sport.

In relation to this topic, he remarks: “We talk about people being good at something, a craft, an art, a language. The call and challenge is to develop our talents and skills, partly to create something that endures but also to excel as persons.

Sport is part of the project of human perfection and the virtues help both our undertaking and understanding of that project.”