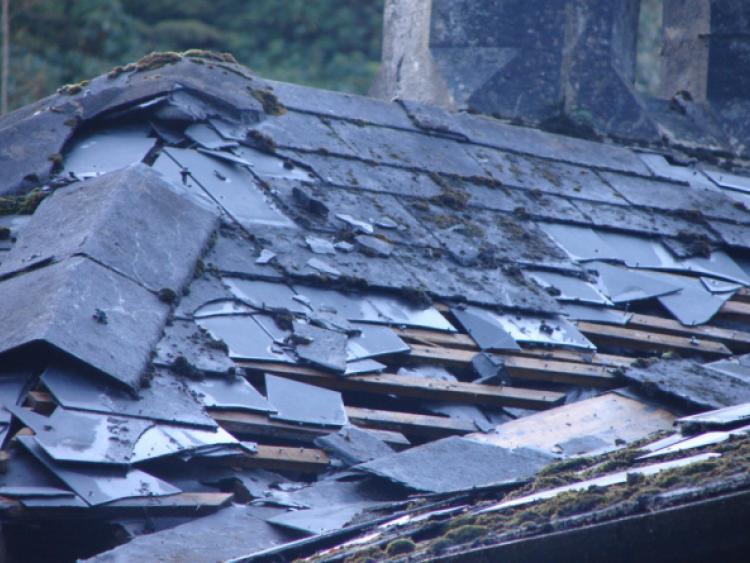 A community’s plans to renovate an historic hunting lodge and former tourist hostel near Burncourt were dealt a major blow last week when criminals stripped lead from the roof of the building.

A community’s plans to renovate an historic hunting lodge and former tourist hostel near Burncourt were dealt a major blow last week when criminals stripped lead from the roof of the building.

The interior of the 19th century Mountain Lodge in Glengarra Wood, that was a well known An Oige hostel for more than 70 years, is exposed to the elements since the lead was robbed from the slate roof last week.

“I had only been up at the hostel last Tuesday. We were taking pictures of the building for an application for a grant. It wasn’t that people had just left the hostel there. The community has been pro-active about protecting it,” she said.

Breeda said the tourtist hostel closed in the past two years and the Community Council had been in talks with An Oige about sub-letting the building to the Council.

“We hoped to take it over initially just to rescue the building . We have been trying to source funding to help us with the renovations works.”

She said the former hostel was originally a hunting lodge in the Shanbally Estate that was built by Lord Lismore and is one of the estate’s only remaining architectural features. The building has some lovely period features that are now in danger of being destroyed.

The lodge became An Oige hostel in 1937 and remained a hostel up to recently.

“It was a hostel that people enjoyed and families came back to stay there year after year,” said Breeda.

As well as providing tourist accommodation, the hostel was a well known landmark in Glengarra Woods for walkers.

“This is a big area for walking . People would walk as far as the hostel and have their picnic there with the kids. Community groups running sponsored walks in the woods also used it as a landmark.

“It’s heartbreaking to see the hostel now. I put up pictures of it on the Burncourt Facebook page and local people are just appalled. There is a very strong reaction to this.”