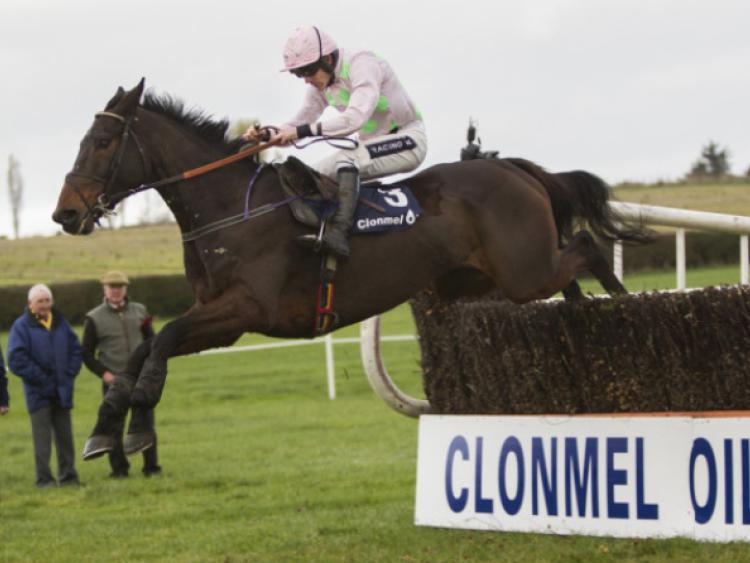 The biggest day in the horse racing calendar in Clonmel is only weeks away, with

The biggest day in the horse racing calendar in Clonmel is only weeks away, with

“It’ll be full steam ahead for the next few weeks”, said

“This is a meeting that captures national and international attention because of the quality of the races. The winner of the Clonmel Oil Chase is expected to go on to bigger and better things”, he stated.

The Willie Mullins-trained Arvika Ligeonniere (who won four Grade One chases and ran in the Queen Mother Champion Chase at Cheltenham last March) won the feature race twelve months ago on a day when the attendance at Powerstown Park was the largest since Beef or Salmon and Edredon Bleu fought out a famous battle on the finishing straight up the hill in 2003.

Sizing Europe, another horse that has captured the imagination of the racing public was a popular winner of the race two years ago and is on course to return and try and regain his crown this year. Now 12 years of age, his performance when winning the PWC Champion Steeplechase in Gowran Park a few weeks ago was sufficiently impressive to convince his Tramore-based trainer Henry de Bromhead that he was worth another season before being put out to grass.

Immediately after winning that race in Gowran Park de Bromhead nominated the Grade Two Clonmel Oil Chase - which has total prize money of €45,000 - as his next outing.

“It’ll be great to have him back and there will be plenty of challengers lining up to take him on”, says Eugene Cooney.

The Clonmel Oil Chase will have a top-class supporting card, with total prize money of almost €150,000, and the first of seven races goes to post at 12.55.

A great value deal that offers admission, a race card, lunch (main course) and a €5 tote bet, all for just €25, will be available. Details of how to purchase those tickets will be advertised in The Nationalist next week and posted on the racecourse website.

Clonmel Oil and the racecourse are also offering a special deal for tickets that will be available at their Prior Park and Waterford Road service stations, and details of which will also be advertised in The Nationalist.

“This is the twelfth year of the Clonmel Oil sponsorship and we’re delighted to have them on board again”, says Eugene Cooney.

Before Clonmel Oil Race Day Powerstown Park will host another attractive meeting. The Halloween Race meeting on Thursday, October 30 will have seven National Hunt races, the first of which will be off at 1.25, and the feature race will be the www.grahamnorris.com memorial handicap hurdle, which is sponsored by Victor and Anita Norris from Leamybrien in Co. Waterford. With children enjoying time off school on the Mid term break this should be a great day out for all the family and family tickets, on offer at a special price, are available from the Clonmel Racecourse office, Davis Road, Clonmel or by ringing Eugene Cooney at 052-6188508.