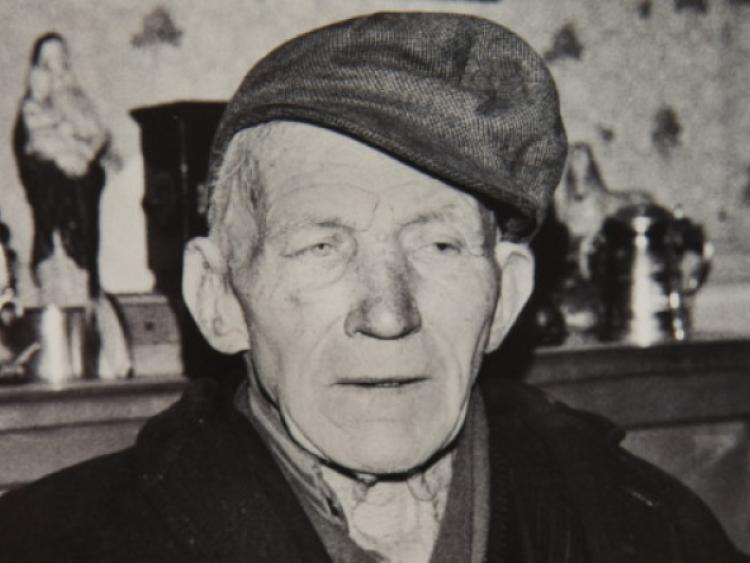 This article about Cashel man and former soldier Bill ‘Bob’ O’Dwyer was first published on May 29, 1980. In this year of the hundredth anniversary of the commencement of World War 1, it has renewed relevance. Bill passed away in 1982.

This article about Cashel man and former soldier Bill ‘Bob’ O’Dwyer was first published on May 29, 1980. In this year of the hundredth anniversary of the commencement of World War 1, it has renewed relevance. Bill passed away in 1982.

The time was June 1916 and the place a field hospital in France.

The Great War was nearly two years old and Cashel man, Bill ‘Bob’ O’Dwyer, was lying on his back suffering from dysentery.

Doing the rounds of the wards was a Canadian doctor, whose task it was to boost numbers for the impending Battle of the Somme. He came to Bill: ‘What’s your name?’ ‘O’Dwyer’. ‘From where? ‘Co. Tipperary’. ‘What part? ‘Cashel’. ‘Are you a native of the town?’ ‘No! I’m from Kilshenane’. ‘So was my father and his name was O’Dwyer!’.

Bill ‘Bob’ didn’t get a clean bill of health from his first cousin and so escaped the Battle of the Somme, where total British losses amounted to 419,654 men.

In 1980 he was alive and well and amazingly hale and hearty for a man of 84 years. Perhaps his health was due to hard work which he began in the home place at Kilshenane. In 1913 he was working for a local farmer at 24 shillings a quarter! Imagine what it would get for you today, three and a half loaves of bread or two and a half pints, whichever way you’re inclined! But, at that time Bill ‘Bob’ was able to spare a few shillings to send to is father, who had hit on poor times through a series of misfortunes on the farm.

When the local Volunters split in 1914, on whether to support England in the war, the majority sided with John Redmond. Two didn’t, Mick Davern and Bill ‘Bob’. Bill later changed his mind, joined up and was shipped out from Queenstown to Palestine.

He spent some time there until he was shipped back to France. He remembers the sand, the malaria and the dysentery. But, during all the time until he was demobbed in 1919, he was never wounded. The pay was a shilling a day but increased to £1 per week. His brother, Mick, was in the Dublin Fusiliers and after he was demobbed, went to Australia and hasn’t been heard about since.

Bill ‘Bob’s’ attitude to the North was formed at that time. ‘The I.R.A. will never be beaten but you’ll never get the Orangemen to come into a United Ireland.’ He is vague on the actual date but on one occasion in 1916 or 1917 there was close to a mutiny in his regiment when a number of Orangemen raised the Union Jack in provocation after hearing of an event in Ireland. The quick action of some general prevented a free-for-all. Nothing was ever made public of the episode.

Ireland in 1919 was not a great place to be. There was a depression and too many men chasing too few jobs. A good man got six or seven shillings a week. Bill ‘Bob’ worked on the buildings, cycling as far as Bansha for work. He worked at Rockwell and in the building of Cathal Brugha Street. He worked in Feehans for £1 per week, hauling stuff from the railway station. Times were tough but he got married, reared a family of eight and is very proud of how they turned out,

The 30s were an exciting time in Ireland, particularly in Cashel. The Blueshirts were very strong in Cashel. Bill ‘Bob’ decided to wear one after falling out with Mick Davern. He was working on Cathal Brugha Street when he was let go because he lived outside the urban boundaries. He went to Mick Davern with his complaint but Mick told him he was powerless to do anything. However, another councillor came to his aid as a result of which he got his job back. So he put on the ‘shirt’ to get his own back on Mick!

Bill ‘Bob’ worked until he was 70. He enjoyed working and is concerned today with the way machines are taking away jobs and leaving the young unemployed. He’s sorry they don’t have (Church) Missions anymore: ‘They were great for getting people together. Sure, there’s no religion now!’ Bill ‘Bob’ has no regrets in his life. He has a comfortable house, built by the British Army over 50 years ago.