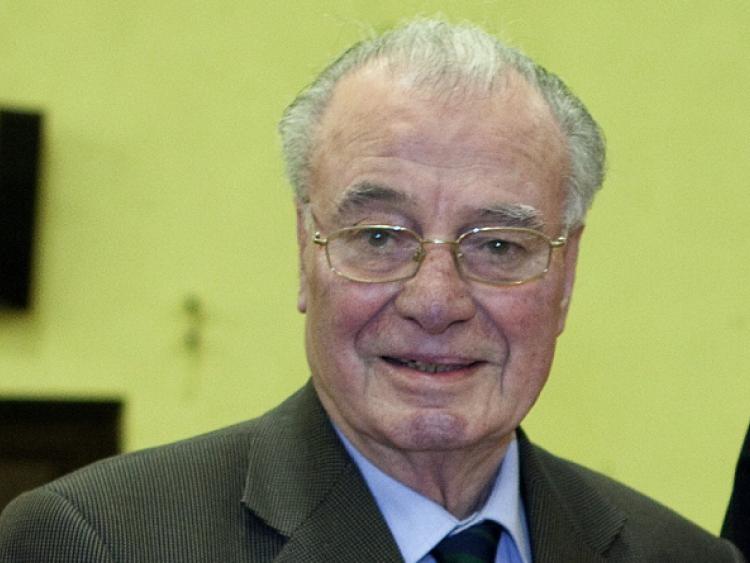 Billy Kane from Barron Park, Clonmel, who died at the beginning of this month, was a retired Sgt. Major of the 12th Battalion of the Irish Army at Kickham Barracks, Clonmel.

Billy Kane from Barron Park, Clonmel, who died at the beginning of this month, was a retired Sgt. Major of the 12th Battalion of the Irish Army at Kickham Barracks, Clonmel.

Through his involvement in the Defence Forces he served his country with distinction, service that included an overseas mission to The Congo in the 1960s.

In recent years he was equally well known as the president of Clonmel Boxing Club, which he was a founding member of in 1995 and throughout his life gave 75 years sterling service to the sport of amateur boxing.

A keen boxer in his youth, Billy, who was originally from Co. Laois, went on to become a coach, international referee and judge and was the international team manager for an Ireland v. Russia senior international held in Clonmel in 2008.

He was an administrator at County Board and Munster Council level and was the proud recipient of the inaugural Volunteer in Sport award presented at the Canon Hayes Sports Awards in 2008. On the same night Olympic silver medallist Kenneth Egan paid a warm tribute to Billy for his contribution to amateur boxing.

He was a mentor to all at the Clonmel club, from the youngest boxer to the coaching staff and committee members. The success of the club in recent years, with over 70 Irish titles won to date, can be attributed to his vast knowledge and skills.

Billy has left a great legacy to Clonmel Boxing Club and will be dearly missed by all the members. He was husband of the late Kathleen, father of the late Johnny and was survived by his son Liam, daughters Betty and Marguerite, family and friends.