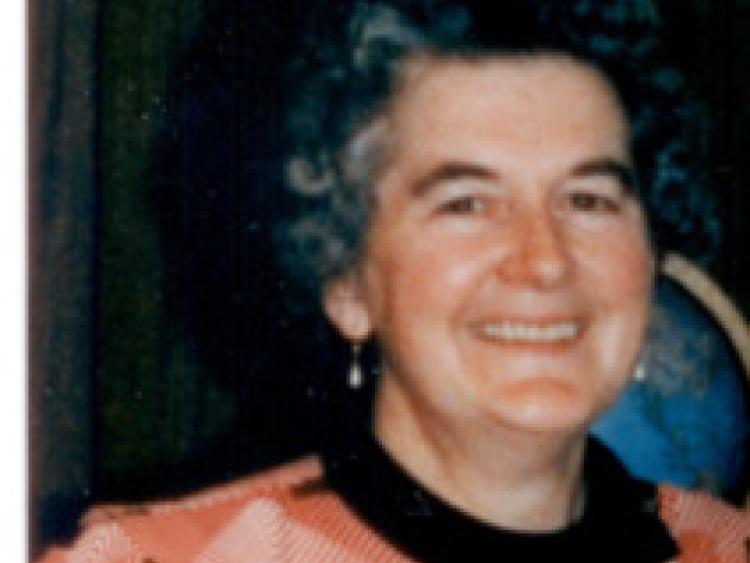 The English Catholic writer Evelyn Waugh (author of Brideshead Revisited) mentions in his autobiographical book A Little Learning of meeting and falling in love with an entire family: the Plunket Greenes. He was particularly struck by their mother and her ability to share in the lives of her children, all of whom were in their teens and early twenties.

The English Catholic writer Evelyn Waugh (author of Brideshead Revisited) mentions in his autobiographical book A Little Learning of meeting and falling in love with an entire family: the Plunket Greenes. He was particularly struck by their mother and her ability to share in the lives of her children, all of whom were in their teens and early twenties.

‘She suffered with them in all their intricate problems and misfortunes, suffering indeed more than they did.’ And yet she remained serene. The serenity Waugh discovered came from her hidden life of prayer. My mother also had this serenity. Her family was of supreme importance to her but she knew that the family needed to be sustained by God. She was always present for her husband and eight sons. When we were children this meant she was at home when we arrived from school. It also meant that she took the task of cooking meals for us very seriously. When we got older and some of us left for college and later on we went abroad, this ‘presence’ meant letter writing. She wrote many letters over more than thirty years to her sons. Family life despite its hardships often leads to joys and unexpected events even in this life. Her husband Jerry got her interested in horse racing and her son Philip who lives in London used to do crosswords with her when he was at home for holidays. She never left Ireland yet she has sons living in London, Madrid and Japan. And then came the arrival of her daughters-in-law and her grandchildren. As her youngest son, Kevin said at her funeral: ‘She loved us all.’ Where did this ability to love and be present for others come from? Like the mother of the Plunket Greenes it came from a strong faith in God.

My mother’s relationship with the Catholic Church can be summed up as follows: She was born on June 29, 1934, the feast day of Saints Peter and Paul and she died on October 22, the feast day of Blessed John Paul II. She grew up in the 1940s and 1950s when ‘everyone’ was Catholic. During her lifetime this oftentimes ‘knee-jerk’ Catholicism of the 40s and 50s slowly gave way to the oftentimes ‘knee-jerk’ anti-Catholicism of modern Ireland. She showed her family that Christianity was useful in everyday life and not just on Sundays. Moreover she passed on to her sons a hypothesis (Christianity) regarding the meaning of life. Later in life, we could accept or reject this hypothesis but at least we had something to be going on with. After all we are not programmed like animals, for whom the task in life is innate! Irish people may be better fed, better housed and have more material goods than at any previous time in history. But, have all our big cars, big houses, flat screen TVs, smart phones, I pads and foreign holidays made us any happier? Haven’t we become, to a large extent, a nation of individualists? Haven’t most of our community ties been broken? What about the terrible loneliness that afflicts so many people? Despite our modernity the great questions of life remain: What is this life for? Who will satisfy our deepest longings for happiness, for love, for beauty, for eternity? What is the meaning of sickness and suffering? Christianity has always claimed to be the answer to these great questions. The modern world offers us pleasures and distractions but these never fully satisfy us and often end in destructive addictions. Pleasures can be bought, happiness is a gift from Another. My mother knew that life was a serious thing, a gift, something not to be wasted. Furthermore, as faith is not a private matter for our own consolation, it lead her to become involved in local Catholic organizations such as The Blue Army of Fatima, Family Solidarity, Pro-Life, and The Saint Joseph’s Young Priests Society.

She retained her serenity during the eight years of a painful and humiliating sickness. The majority of doctors and nurses and staff who attended her during her frequent admissions to hospitals behaved excellently. She was always grateful to her local doctor, Dr Paul Booth. Her first contact with the Mater Hospital was in 1954 when she was admitted with an appendix in a serious condition. 58 years later, on the 31st August, 2012 she was admitted to the Mater for the last time. She died there on the 22nd October. Finally, it’s wonderful to think that she is now in the company of her daughter Mary, who died in infancy and of her grand-daughter Alexa who died soon after birth. After a life time surrounded by men, it must be a relief!