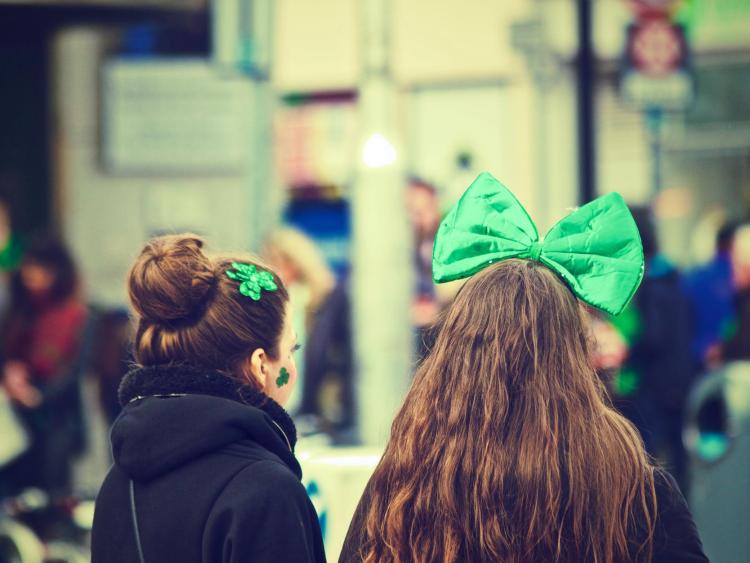 Up to 3,000 spectators are expected to attend the St. Patrick’s Day Parade in Thurles on Sunday, March 17 which kicks off at 4pm. The parade will follow a route from Abbey Rd onto Friar St, Liberty Square and Slievenamon Rd.  Road closures will be in place along the route from 3pm until 6pm.

Those not attending are advised to avoid the Abbey Rd area in advance of the parade. A couple of classic cars and slow-moving vehicles will be participating in the event so expect a slow down before and after the parade also.

Littleton is in store for a busy day this Sunday for it’s annual St. Patrick’s Day parade which kicks off at 10.30am. The parade will be followed by a cake sale in aid of Moycarkey-Borris Camogie and Ladies Football club at 12pm in the Muintir na Tire hall.

There is live music in Darmody’s from 5pm while Split the Pot will be launched in Bannon’s pub in Two Mile Borris at 9pm.

Roscrea St. Patrick’s Day parade takes place on Sunday, March 17 at 3.30pm. Roscrea Comhaltas will entertain the crowd from 2pm to 3pm with music and song.

Courtesy of the parade committee there will be face painting outside Shaw’s and Euro Giant from 2.30pm to 4.30pm.

The parade will then commence on the Old Dublin Rd from 3.30pm sharp and will continue down through Church Street, up Castle Street and past the review stand in the Square on Main Street.

This year’s parade will commence at 1pm. The parade travels in both directions on the Main St (Old N8). Traffic will have no access to the Old N8 for the duration – drivers can use the M8 to bypass the town, or use alternative routes for local access.

More than 5,000 attendees will line the streets of Cashel on Sunday, March 17 when St. Patrick's Day festivities kick off at 2pm to 3:45pm.

The parade will take place from Old Dublin Rd, to Ladyswell St, Bank Place/Canopy St, Friar St onto The Green and through to Boherclough St before finishing on Main St.

The route of the parade will be closed from 2pm until after the event. Diversions will be signposted. There will be no access to Cashel Town from the M8 Dublin/Cork Rd via J7 Cashel North between 1:45pm and 3pm approx.

Motorists will have to take either J8 Fethard or J9 Cashel South. The theme for this year's parade is 'Cashel 700.'

The route will be closed to traffic between midday and 2pm. No parking will be allowed on Church Ave to facilitate diverted traffic. Motorists travelling between Roscrea and Thurles will be diverted via Mary St, Church Ave and onto the Thurles Rd via the Garda College and Golf Club.

Gardaí will be directing traffic at the junctions closed to traffic. A number of classic cars will participate in the parade and this may lead to delays before and after the event.

The St. Patrick’s Day Parade in Nenagh will take place on Sunday, March 17 at 2pm. The parade will start at Summerhill, and continue onto Pearse St to Market Square, before turning onto Kenyon St and finishing at the railway station.

Summerhill, Pearse St, Kenyon St and Mitchell St will be closed from midday to 6pm to facilitate the parade. Signposted diversions will be in place.

The St. Patrick’s Day parade in Tipperary Town will take place on Sunday, March 17 from 2pm. It will begin at Canon Hayes Recreation Centre and travel along Main St (part of the N24 route), onto O’Brien St to finish up at the Tipperary Co-Op.

Rolling road closures will be in place between 2pm and 3pm. If you’re attending the parade, bear in mind that works are in place in the town on the N24 at Davitt St, and these may cause delays.

The St. Patrick’s Parade in Carrick-on-Suir will take place on Sunday, March 17 from 3pm upwards of 2,500 people expected to attend. The parade will begin at the Glanbia Co-Op Stores in Carrickbeg and proceed onto Lwr Waterford Rd, across Dillon Bridge and left onto Main St.

It will turn right at Sean Kelly Square onto Kickham St and down to Greenside South before turning right again and finishing opposite the Garda Station. Diversions will be in place from 2:50pm until the end of the parade, and Gardaí and stewards will be directing traffic.

Cyclist Sam Bennet will act as the parades first ever Honorary Grand Marshall. For further details about the Carrick-on-Suir St. Patrick’s Day Parade visit their Facebook page or if you are interested in taking part on the day or volunteering call David Dunne on 086 347 6317.

The St. Patrick’s Day Parade takes place in Cahir, Co. Tipperary on Sunday, March 17 kicking off at 12pm until 1.15pm.

The Parade will gather at the Industrial Estate on the Tipperary Rd and will travel down Abbey St, onto Castle St, into the Square and turn left onto Church St. Gardaí are advising motorists to avoid Cahir during the parade and use the N24 instead.

An estimated 5,000 strong crowd will line the streets of Clonmel for the annual St. Patrick's Day parade tomorrow, Sunday March 17, with events set to begin at 3pm.

The parade will travel from Irishtown via O’Connell St, Gladstone St, Market St and Emmett St, before finishing on Parnell St.

Gardaí will be diverting traffic and are advising motorists to avoid the town centre. Local access will be provided for residents but there will be no parking in the town centre.