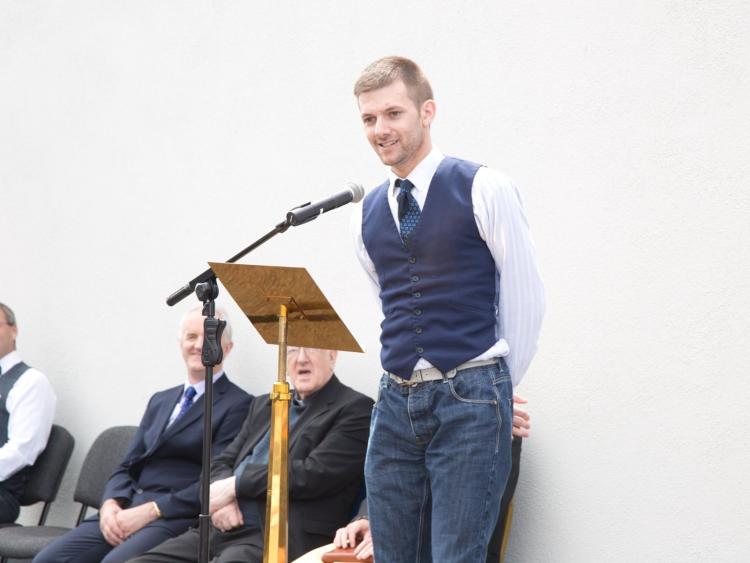 Filmmaker Nicholas Ryan Purcell released his documentary This is Nicholas - Living with Autism in 2018 to widespread critical acclaim.

Having grown up in Emly Village, then moving to Cloughjordan and now living independently, I can say my idea of a perfect day is meeting people you know and exchanging news but also people telling me how 'This Is Nicholas - Living With Autism' documentary film had an impact of them, not realising how people would be moved by the story.
People have been complimentary and kind to tell me how the story affected them.

The greatest contribution to Tipperary in my lifetime is Liam Sheedy leading the Tipperary Senior Hurling team to victory in August 2019. I only took interest in the sport when I met him in Rocky O'Sullivan's bar and Deborah's Country Café Nenagh, finding him to be a down-to-earth person who gives time to people he meets. It gives me great pleasure to see people succeeding and doing well, such as the victory he brought to the County. It is when I meet the people behind the game that I then develop a connection for the event/ sport/ movie/ book etc.

My first memorable Tipperary experience that stands out is producing my first video on a public basis aged ten for Emly Village's 2000 Millennium Failte Week. This involved taking photographs of people, buildings, business owners in their premises, agriculture and the four seasons and compiling photographs into a video.

My mother, Dorothy initiated the idea the previous year along with Father Seamus Rochford who would have known every place and people's name around the village. DVDs were new in the area at the time so the majority of people had VHS cassette tape players.

Part of the sale proceeds were given back to the community whilst I purchased my first DVD writer and other necessary equipment with the remaining sale proceeds.

I would not like to single out a favourite part of the county. I was fortunate to have been invited to various schools and events around the county in connection with the Autism documentary and people were just as pleasant anywhere I went.

I think what gives Tipperary its unique identity is its rich heritage, its landscape and its people.

The only three writers I either know of or have connections with in County Tipperary are Donal Ryan, Marjorie Quarton and Julian Gough, three great writers in their own respective fields.

If I had the power to change one thing in Tipperary and indeed in Ireland, it would be to help children on the Autism Spectrum that are on a waiting list to get places for them and to find the necessary funding.

I think the counties of Ireland would benefit from having individual government departments in each county rather than all operating from the one Government houses building in Dublin. Instead of a particular Minister responsible for all what goes on in his department around Ireland, instead have the Chairperson for each county that meets with a top Government person or a board in Dublin who has power to implement change effectively. Example is Tipperary County with individual government departments such as health, education, agriculture etc. I feel then that there would be less pressure on the country of Ireland for each county to meet their needs rather than the one person over a department in Dublin who is desperately trying to understand what needs to be put in place to run the country and in reality cannot picture what resources need to be put in place.

That way, people would understand the needs of people much better and with more attention given to people who need help, whether it be finding places in schools for children who have Autism, the necessary housing etc, there is just too much pressure put on each department head that I feel that is why they may not be able to deliver on their promises because there is too much stress and pressure on themselves to deal with everything for an entire country.