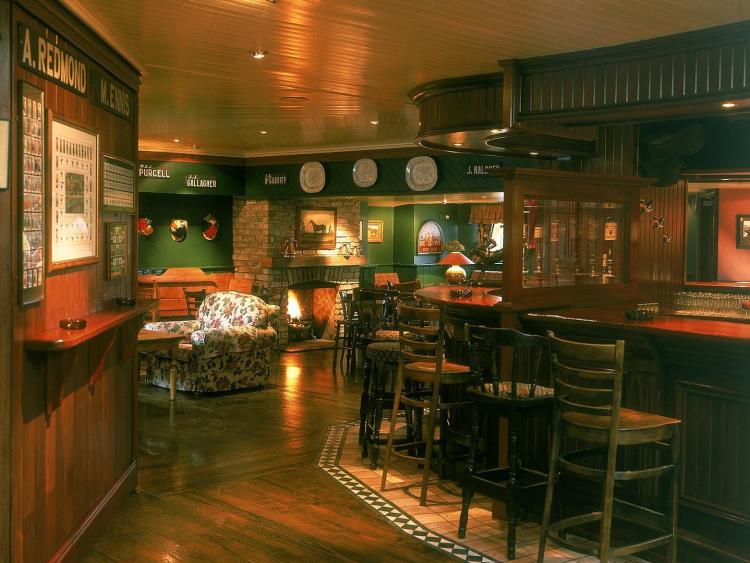 The bar at the Horse & Jockey Hotel