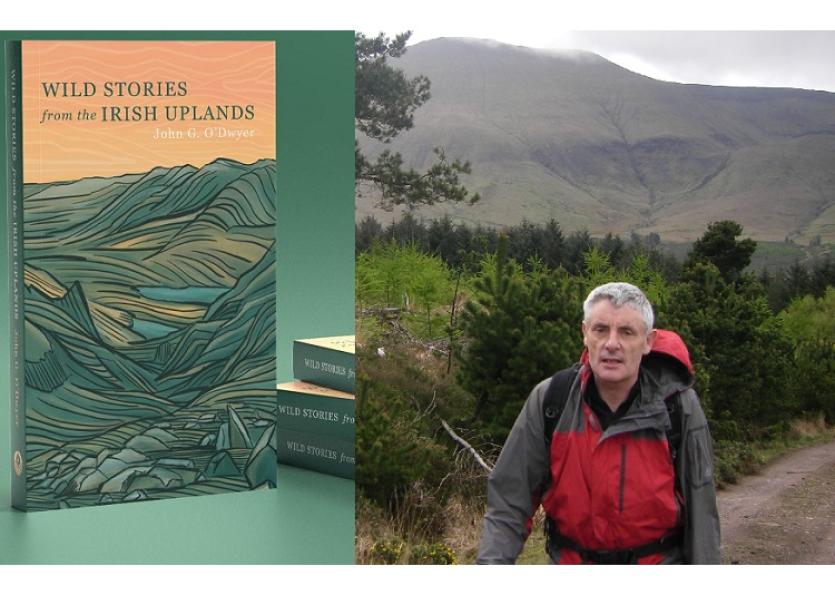 Tipperary based author, John G O’Dwyer, has over 30 years’ experience of leading walking and mountaineering groups through the Irish hill country. In his latest book, titled “Wild Stories from the Irish Uplands” which is published by Currach Books Dublin, he draws upon this rich seam of experience to recount many extraordinary tales from times gone by.
According to John G, “The past is at its most interesting when seen from the point of view of those who lived through it with the portrayal of history inevitably failing unless it captures the challenges and conflicts of real-life people faced with sudden adversity.”
Having set himself the task of delving beneath the skin of history, the author merges historical research with his own fact-finding walks through the uplands and the vivid accounts of events gleaned from local people he encountered along the way. Using this research, he shows how Ireland’s vertically unassuming mountains and hills have been central to the ebb and flow of Irish life.
Since the time of St Patrick, we have loaded Ireland’s highest places with spiritual prowess, heroic deeds, larger-than-life individuals and captivating conflicts. In Co Tipperary, there were many fascinating characters associated with the hill country including Eamon an Chnoic, Charles Kickham and Republican Liam Lynch. Vivid stories about the lives of these and many others from across Ireland are now collected in this sometimes-amusing account of how a succession of saints, scoundrels, rebels, rescuers and rapparees created the rich tapestry of stories bequeathed to us from the hills.
Appropriately, the author headed for the uplands to introduce the book. "Wild Stories from the Irish Uplands " was launched by well-known Irish heritage expert and former Principal of Thurles Gaelscoil, Jimmy Duggan, in Paddy Kinnanes of Upperchurch on Thursday, October 31.