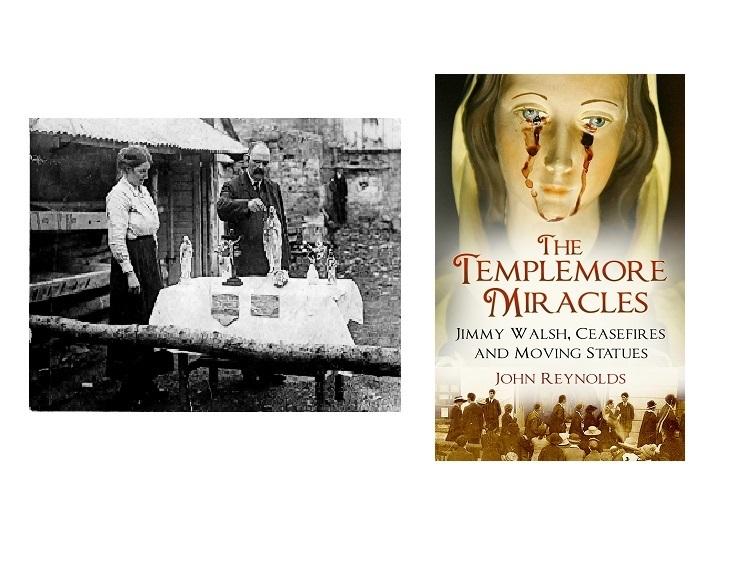 In his new book, The Templemore Miracles Jimmy Walsh, Ceasefires and Moving Statues, author John Reynolds examines the bizarre goings-on that intersected the spiritual, social and martial fixations of early twentieth-century Ireland and traces what became of Walsh.
At the height of guerilla war between the IRA and the Royal Irish Constabulary in 1920s Ireland, a young man from Templemore, Jimmy Walsh, claimed he was experiencing Marian apparitions and that statues belonging to him were moving and bleeding. After a series of miraculous cures were also claimed by those who had met Walsh, thousands of pilgrims from across Ireland descended on the garrison town resulting in an informal ceasefire. The IRA stepped in to deter further pilgrimages and interrogated Jimmy Walsh who then left Ireland for good.
John Reynolds is a serving member of An Garda Siochana, the author of 46 Men Dead (Collins Press, 2016), and was the historical consultant on the TG4 tv documentary on this subject in 2012. He founded the Garda College Museum in 2002.
The Templemore Miracles Jimmy Walsh, Ceasefires and Moving Statues by John Reynolds goes on sale this month.