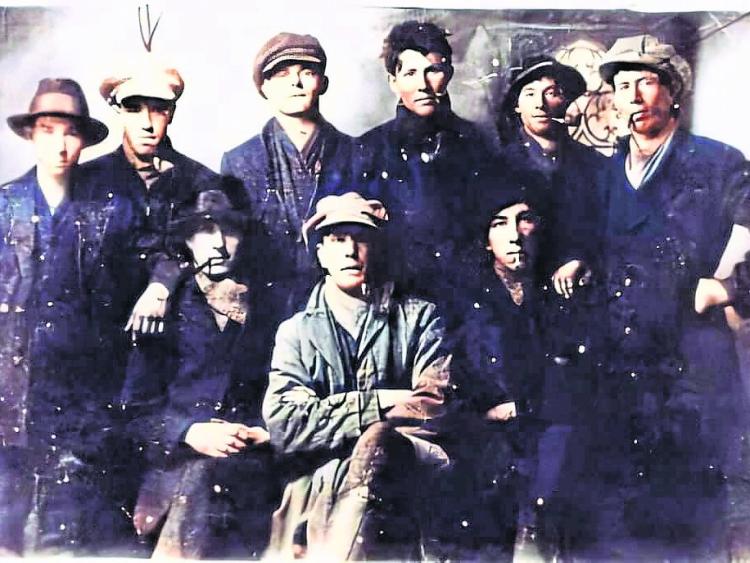 Hollyford Barracks was an imposing two-storied building, standing apart from the rest of the village. Its windows were reinforced with steel shutters and it was loopholed throughout (narrow slits cut into in the walls to allow the police to fire out at attackers). Twelve R.I.C. men were garrisoned there along with plentiful arms and ammunition.

G.H.Q. organiser, Ernie O’Malley with Séumas Robinson and Seán Treacy made their plans. The original plan of blowing a hole in the gable end wall was changed the evening of the attack on Jim O’Gorman’s advice that the ground level of the inside of the Barracks was 6 feet higher than the outside. An alternative plan was quickly worked out - setting fire to the Barrack roof.

Petrol and paraffin was promptly sourced from Tipperary town. Tadhg Dwyer, Battalion O/C, had the job of securing two ladders tall enough to reach the 40 foot-high roof. He got a local tradesmen to splice some shorter ladders together using rope and some ingenious knots.

The local company with other 3rd Battalion men had the job of blocking the approaching roads and cutting communication lines. Local men were usually kept away from the actual attack so the R.I.C. would not recognise any faces and, hopefully, the village might avoid reprisals.

The attackers set off around midnight. Seán Treacy took up position with the main body behind the low wall at the front of the Barracks. Jim O’Gorman took charge of the marksmen at the gable wall protecting the men on the ladders. Smaller forces of men were positioned at the other end and behind the Barracks.

The ladder men, barefooted, approached softly and placed the ladders against the Barrack wall silently. Ernie O’Malley and Séumas Robinson ascended to the roof.

Trips up and down the ladders early on would be hazardous and so they had strapped bombs, grenades, hammers, petrol and paraffin to their own bodies. Ernie noted later “we looked like prospectors in the Alaskan gold rush.”

The roof-men crawled across the roof and then smashed at the slates furiously with their hammers. They heard the riflemen below open fire. They dropped their grenades and bombs through the holes and poured in the petrol, and ignited it with lit sods of paraffin-soaked turf. The flames leaped back out through the holes.

The roof-men moved further along, performing the same operation again and again. They were hit by slate splinters but could not tell whether it was caused by the police firing up through the or their own hammering. They persisted smashing holes and pouring in petrol and by now the roof was well ablaze.

They ferried buckets of petrol to the ladder. Séumas came down for bucket after bucket of petrol and poured it again and again over the blazing roof and into the building below.

The men out the front only fired the occasional shot now. Seán Treacy found the psychological balance between keeping the police under pressure and wasting ammunition. The R.I.C. took refuge in a lean-to, separated from the now ablaze main building by the exterior wall.

The desperately needed reinforcements did not come. The neighbouring barracks of Rearcross, Kilcommon, Shevry, Cappamore, Doon, Cappawhite, Annacarty, Clonoulty, Dundrum and Roskeen had decided to wait until daybreak to help their fellow officers.

By now the roof-men were soaked in petrol and their hair and faces were singed and scorched from the flames and the searing heat of the roof slates. Ernie was hit by shrapnel from his own grenade and Séumas had a narrow escape from another grenade blast. Later, Jim O’Gorman took over the job of climbing the ladder with petrol.

Dawn broke and every minute brought the likelihood of approaching Crown reinforcements. Ernie and Séumas crossed back over the gaping and blazing roof.

The flames very nearly consumed them both but providentially they made it to the ladders. Their skin was massed with blisters and their hair and clothes were smouldering. Their faces were badly burned and they looked a terrible sight to the men below.

The disappointed volunteers withdrew from Hollyford. The police continued their volley of gunfire. The IRA failed to capture the arms and ammunition they so desperately needed.

Comóradh na nÓglach cordially invite you to join them in their virtual commemoration of Jim Gorman and his comrades at 7:30pm on May 9 on Zoom as we mark the centenary of the burning of the barracks of Hollyford, Drangan and Rearcross.