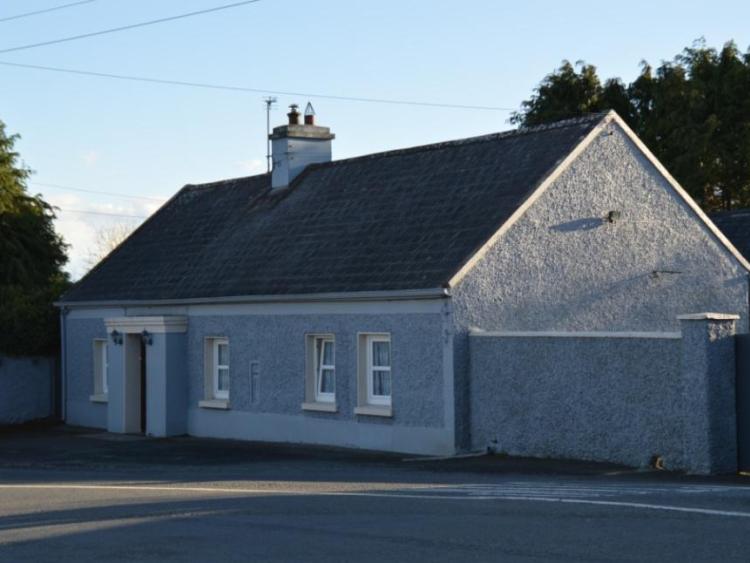 In Thurles, the McCarthy family of Derheen Mall, which had just been renamed Fianna Road, were known to the police to be strongly Republican. Four of the sons in the house, who worked as bakers in Johnston’s bakery in the town, were members of the IRA.

In May 1919, Mrs Ellen McCarthy and her daughter Margaret had tried to get information at the Thurles police barracks about the plans to transfer the prisoner, Seán Hogan, before the fatal rescue at Knocklong.

One of her sons, James, had travelled on the same train as the prisoner and signalled to the rescue party to indicate the prisoner’s presence and location.

In January 1920, another son, Michael, who was also President of the Transports Workers Union branch in the town, was elected as one of the new Sinn Féin members of Thurles UDC.

One of his first actions as a member of the council was to call for an inquiry into the destruction in Thurles in January in the aftermath of the shooting of Constable Finnegan.

Subsequently, he received an anonymous letter telling him that if he came in the direction of the police barracks he would get all the information he wanted.

Early on Saturday morning March 27 1920 at about 1.30 am there was loud knocking on the front door at the McCarthy’s house. James McCarthy looked out and saw two policemen and went downstairs to answer the knocking after a few minutes.

When he opened the door, the two men rushed into the hallway, asked him his name and shot him immediately when he replied “James McCarthy”.

He staggered as far as the kitchen before collapsing and dying within a few minutes. The curate, Fr O’Brien, and Dr Callanan were summoned by other family members and neighbours to provide spiritual and medical assistance.

On the Monday following the shooting, an inquest jury sat in the local courthouse to determine the cause of death. After deliberating for an hour, the jury returned the following verdict: “We find that James McCarthy died of gunshot wounds through the heart and lungs on the 27th March. According to the evidence, James McCarthy was shot by some person or persons unknown, wearing long black coats and caps similar to those worn by the police.”

Apparently, there was considerable dissent in the court after this verdict was read out. The jury quickly added an expression of sympathy to the McCarthy family, but there was disappointment apparently that the jury did not positively blame members of the RIC, as the packed jury had done in Cork in the MacCurtin case a week previously.

The remains of James (Goorty) McCarthy were laid to rest within the walls of the Abbey ruins at Holycross.

Thomas Dwyer at The Ragg

On the night following the Thurles killing, near midnight on Sunday March 28, a group of men banged loudly on the door of Dwyer’s pub in The Ragg. They were not looking for late drink, but for Thomas Dwyer, a Lieutenant in the local company of the IRA in The Ragg.

Dwyer had been seen by the surviving policeman, Constable Flaherty, talking in his family pub to the men who had shot Constable Heanue in Fanning’s pub on the previous 4th of the month.

The party of men were admitted by Dwyer’s sister, Mrs Kitty Delaney, who had been widowed a year previously. Dwyer emerged from the bedroom carrying a candle in his hand. Immediately, two of the raiders, who were disguised, fired at him with their rifles.

After he fell, one of them fired another shot into him. As the men departed they fired more shots outside the house. Neighbours came to the Dwyer’s assistance and the local priest, Father Hayes, and Dr Power of Borrisoleigh came to attend the wounded man, but he died about an hour after the shooting.

After shooting Dwyer, the raiders went around the corner at the cross-roads where Fanning’s pub was to the shop and home of Richard Small. His son, Mick Small, was a prominent member of the Thurles IRA, being Vice O/C of the 1st Battalion. Small had been one of the four gunmen involved in shooting Constable Luke Finnegan in Thurles in January 1920.

The attackers threw a number of bombs into the house and wrecked the front portion of the premises, which was a shop and pub. Miraculously, four members of the Small family who were sleeping upstairs over the shop escaped unhurt.

At the Coroner’s Inquest held in Inch school, Dwyer’s sister gave a graphic account of what took place on the fateful night. The men burst in through the door and five of them came in with faces disguised with blackened cheeks and false beards. All five men carried rifles and the second one had a flash-lamp.

The first man held her up with his rifle while the other four went to Tom’s bedroom.

As Tom came to the door with the candle in his hand and saw the men, she heard him say “Don’t shoot, don’t shoot”, but the men fired two shots at him.

They then had a short discussion before one of them said “Fire another one into him” which they did. They checked out who else was in the house before leaving about 12.20 am.

She said her brother lived for about an hour after the shooting and was conscious and attended by the priest. Mrs Delaney gave descriptions to the inquest of the men, including the coats and hats they wore.

She said she thought she could identify one of them – a man with a distinctive plump face, high forehead and prominent eyes – whom she had seen in a police patrol from Dovea.

She had spoken with CI Dunlop and DI Golden the day after the shooting and said there was reference in the conversation to “The Berks” – “The Berks shot him”.

She explained that ‘ “the Berks” meant one of those military policemen they have in the police force now’.

Much more damning evidence was sworn by local people, which was directly rebutted by the police witnesses. After 20 minutes deliberation the jury returned their verdict as follows: “We find that Thomas Dwyer was wilfully murdered by unknown members of the Royal Irish Constabulary ...... and in view of recent murders we desire to say that arrests, searches and raids should not be made later than 8 pm and earlier than 6 am.”

Tom Dwyer was laid to rest in the family plot at Drom churchyard. His killing was to herald a more intense phase of the War of Independence in Tipperary. Deaths of policemen were to swiftly follow at Clonoulty and Lackamore near Newport.

The deadly cycle of IRA outrage followed by Crown Force reprisal was to continue for another fifteen months. The final episode of the tragic drama was played out at Carralavin, on the road between Ballina and Bonniconlon in County Mayo.

On the morning of July 7, just days prior to the truce, the body of Anthony Foody was discovered on the roadside. The body bore a number of bullet wounds and a label pinned to his chest read; “Revenge for Dwyer and the Ragg.”

Foody was Sergeant in charge of the garrison at Dovea barracks at the time of Tom Dwyer’s killing. But in the complex area war, family and land issues, it is as likely the more local matters were at play in the demise of Anthony Foody as events in which he played a major part in Tipperary.

Tipperary in the Decade of Revolution is a period-specific as well as a County Historical Society. We are a small group of local historians working to create an awareness of the events which impacted on life in County Tipperary during Ireland’s Revolutionary period 1914-1924.

We are working with local Historical Societies, Tipperary County Council, Comhaltas Ceoltorí Éireann, the GAA and others as appropriate to bring awareness of events back to the communities where history was created.

Our aim is to remember the people involved in what were frequently bloody events that shaped this critical period in our county’s history, as Ireland struggled to assert its independence from empire and build a nation. We do this through our annual programme of events to remembers specific episodes, as well as lectures and publications.

We are non-political and non-partisan in outlook, believing that our task is to ensure that as many as possible who were involved in, or affected by, the events of the revolutionary period are remembered.

We want to neither glorify nor vilify the generation involved, but to remember them appropriately and with the respect they deserve for what they have given us.