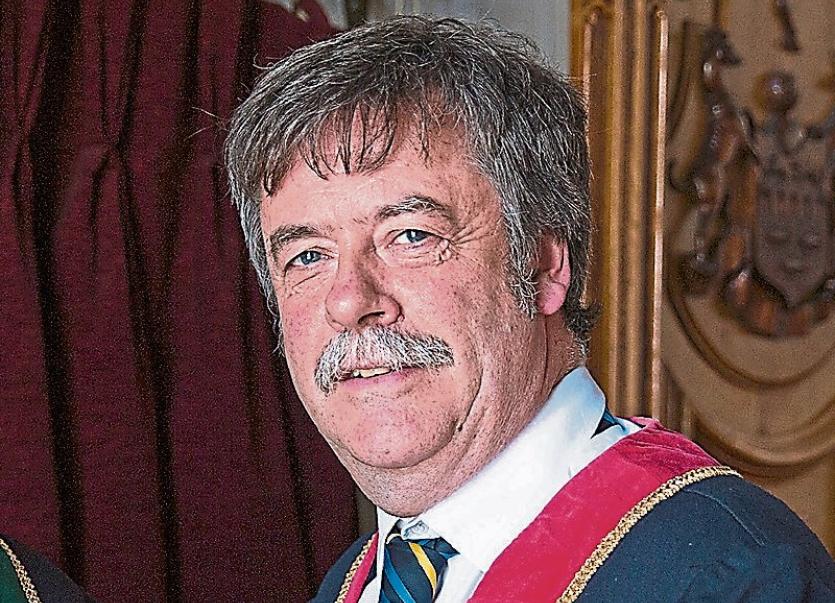 Former mayor of Clonmel Pat English has been re-elected as the town's first citizen for the remainder of this year's term.
The Workers and Unemployed Action Group councillor succeeds Fine Gael's Garret Ahearn who stepped down from the council following his election to the Seanad.
Cllr English will serve as mayor until late June when the council's AGM and mayoral election takes place.
He was selected last week at a sometimes heated and acrimonious meeting of Clonmel Borough Council in the Town Hall when another former office holder, Cllr Niall Dennehy, claimed that the position of mayor no longer existed following local government reform and the diminution of powers to local councils.
He claimed that the council was continuing with the 'masquerade' of the mayoralty when no such position existed and he called for the mayor's annual stipend of €12,000 to be used for other purposes.
Cllr Dennehy said there was a belief that “all is well in Clonmel” but he claimed that the local government reform, and the amalgamation of north and south county councils, had seen a quarter billion euro of funding moved from the south to the north.
Councillors reacted angrily to his suggestion that it wasn't the council that had chosen Garret Ahearn as the new mayor following the 2018 local elections but the Fianna Fail and Fine Gael parties.

He claimed that the election of Cllr Ahearn was decided a week earlier than the council meeting, following a meeting of Fianna Fail and Fine Gael in the Horse and Jockey “ to dish out the spoils”.
Cllr Denney claimed he had been a victim of 'social distancing' twelve months ago when the other five councillors agreed on Ahearn for the mayoralty while excluding him from the decision.
He also accused Ahearn, Fine Gael's general election candidate at the time, of using the mayoralty for party political purposes.
He described the council as a 'lollipop committee' with a masquerade of a mayor.

Rejecting Cllr Dennehy's claims, Fine Gael councillor and County Council chairman Michael Murphy said he had never had the honour to be mayor himself but the six mayors he had served with had given their utmost to the position.
“We we are doing our best to hold on to some of the history of the position so what is wrong with maintaining that link. We have mayoral and civic receptions to maintain the link and help win the battle”, he said.
Cllr Murphy also refuted the allegations against Garret Ahearn. He said he had the courage to put his name before the electorate and would now continue to work for the town and county in the Seanad.
Independent councillor Richie Molloy said the council would be doing a disservice by getting rid of the position of mayor. He said much of the €12,000 allocated to the mayor goes to mayoral receptions to honour deserving causes and they received a very positive feedback from the public.
Fianna Fail councillor Siobhan Ambrose said Clonmel is synonymous with the position of mayor.
“We had a mayor when no other town did and the position has great respect in the town”, she stated.
She added that no one was saying that the council is the same now as it was before the local government reform but they had all fought tooth and nail to retain what they had and to keep the borough council.
Cllr Pat English said he took exception to the claim that the decision on the election of Garret Ahearn as mayor was taken outside the council.
“The five councillors decided on that with no party interference”, he stated.
Cllr English described the loss of the previous borough council as a “disaster” but said the one thing they retained was the mayoralty and they should not get rid of that.

Cllr Dennehy repeated his claim that five councillors may have made the decision in the chamber but the decision had been taken earlier by Fianna Fail and Fine Gael at a meeting in the Horse and Jockey.
Cllr English - “That didn't happen”
Clr Dennehy - “You weren't there. I had to be neutralised because of what happened. We are masquerading with a mayor is my argument. A quarter billion in funding is now run by Nenagh. Is that great”.
Cllr English – “No one said it was great”.
Cllr Dennehy - “You are going around wearing chains and robes”.
Cllr English - “We are not masquerading, we are the borough council”.
Cllr Dennehy - “”It is a lollipop committee masquerading as a council. One of its primary functions is to look after traffic wardens at the schools”.
Cllr English was proposed as mayor by Cllr Richie Molloy and seconded by Cllr Siobhan Ambrose and as there was no other nomination, he was declared