Naoise Forristal will be one of 240 harpists playing in the online concert series finale, reports Aileen Hahesy 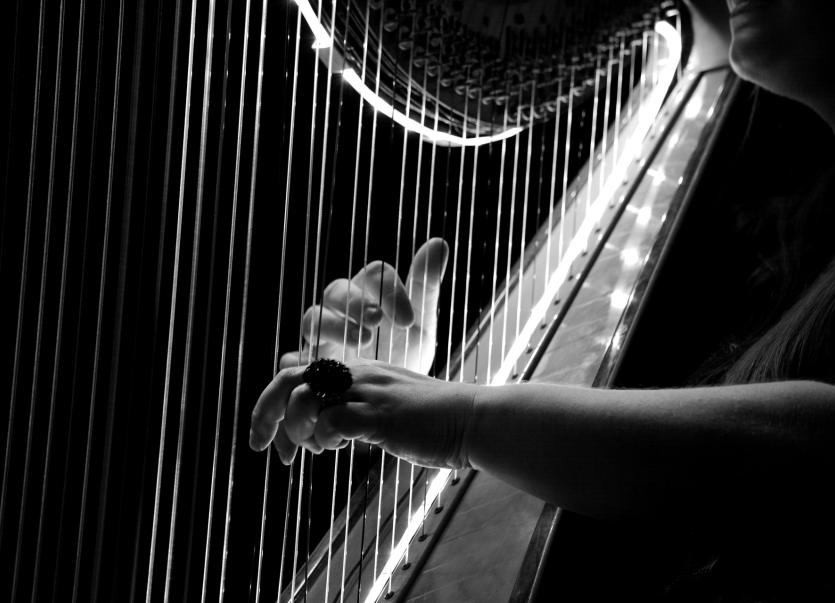 A 14 year-old student from Clerihan will be among 240 harpists performing in an online concert in early June that aims to lift people's spirits during the Covid-19 restrictions.
Naoise Forristal, a student at Colaiste Cheitinn in Clonmel, is a member of the Cuisle Harp Ensemble taking part in the grand finale of the Harps for Hope series of online concerts that will be streamed online on either June 6 or 7.
The final concert of the series, which began in April, will feature 240 harpists from throughout the country playing an enemble performance together.
Naoise's mother Linda Forristal said the Cuisle Harp Ensemble, led by Naoise's harp teacher Fiana Ní Chonaill, has already recorded their performance for the final concert.
This will be played online together with the recorded performances of other groups of harpists from throughout the country.
“They will show all the harp groups performing together on the screen. We hope we will be able to see Naoise among them,” said Linda, who is principal of Gaelscoil Charraig na Siúire in Carrick-on-Suir where Naoise attended primary school.
Naoise, who also plays the concertina, piano and tinwhistle, is one of five young Co. Tipperary harpists in the Cuisle Harp Ensemble.
Her fellow Tipperary harpists in the group are Mara Van Aelst (Newport), Ciara Kennedy (Roscrea), Clodagh Moylan and Roisin Duffy (Nenagh).
Cuisle Harp Ensemble director Fiana Ní Chonaill said she and her students really enjoyed the creative challenge of being part of Harp Ireland's large scale ensemble performance.
“This initiative has acted as a source of personal joy and comfort during these unprecedented times,” said the Castleconnell, Co. Limerick based musician. Ms Ní Chonaill, who is a teacher with Nenagh's Ballythomas Comhaltas Branch played her own composition Garden Hill in the Harps for Hope series as a soloist performer.
Linda Forristal said Naoise began learning to play the harp four years ago and the Harp for Hopes concert has been a welcome focus and structure for her harp studies during the Covid-19 pandemic restrictions.
“The county, Munster and All-Ireland fleadh competitions and music festivals have all been cancelled.
“We would have spent all summer on the road going to them,” she explained.
The Harps for Hope concerts have been organised by Cruit Éireann (Harp Ireland), the national umbrella organisation for harpists. Cruit Éireann said the concerts, which feature performances from more than 50 of the country's leading harpists, were a way for Ireland's harpers to express and lend their voices to the fight against Covid 19.
To view the Harps for Hope concert series and find out about the grand finale concert of 240 harpers log onto:  https://www.harp
ireland.ie/showevent/
harps-for-hope/
2020-04-03/