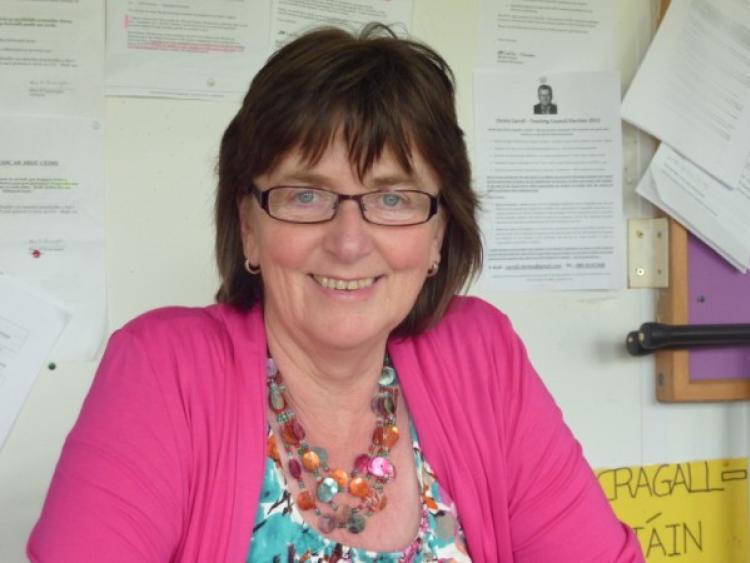 An award winning poet, journalist and former script writer has been named as Laureate na nÓg, becoming the first ever author to write exclusively in Irish to be awarded the honour.

“I got the call to say I had been nominated last year and then later shortlisted which I felt was a huge honour in itself. I am absolutely thrilled to take up this position,” says Ní Ghlinn who has written over 30 books, poetry collections and novels spanning her career to date.

Ní Ghlinn grew up in Gooldscross, in the parish of Clonoulty, and attended Ballagh NS. While attending the Presentation in Thurles, her natural ability as a writer stood out among her classmates, leading an astute career guidance teacher suggesting she go on to study journalism.

“But that was in the 70’s and coming from rural Ireland you didn’t know how to even go about it. My father said go on and do a degree in teaching and once you have that you can see if you still want to do it [journalism],” she says.

Ní Ghlinn decided to follow in the footsteps of her parents, going on to graduate with a BA and Hdip from UCD, all the while writing poetry and short stories in her spare time.

While teaching, Ní Ghlinn published her first book of poetry, An Chéim Bhriste, which quickly got her noticed by RTE and RnaG.

“I did bits and pieces for them from time to time until one day a contact told me of an opportunity in RTE so I applied, did a screen test and got the job. It was for a new Irish language programme called Cúrsaí so I took a career break from teaching.”

“Every job I took throughout my career was connected to teaching or journalism. They were always very interlinked,” she tells the Tipperary Star.

After a brief stint in London, Ní Ghlinn returned to Raidió na Gaeltachta, dividing her time between raising her young family and her literary work which also included lecturing at DCU.

In 2001 she joined TG4’s flagship drama Ros na Rún as a scriptwriter, a position which taught her invaluable lessons about character development.

“I love variety and I always took part time jobs while rearing my children as I could still write or take lecturing positions and residencies but still have time to be home with the kids,” she says.

Laureate na nÓg is an honour which was established in 2010 to engage young people with high quality literature and to underline the importance of children’s literature in their cultural and imaginative lives.

In 2018, she was selected as one of Children’s Books Ireland’s twenty BOLD GIRLS, a project celebrating strong girls and women in children’s literature and highlighting Irish women artists whose work is remarkable.

One of Ni Ghlinn’s initial projects as the newly appointed Laureate na nÓg is the introduction of a Bosca Leabharlainne which will see up to 20 enjoyable Irish language books made available to schools across Ireland to encourage “reading for pleasure as gaelige.”

“You rarely see Irish language books on display in shops and I want to redress that balance and raise the profile of children’s literature,” she says, her primary ambition as Laureate to lift the cloak of invisibility from Irish language authors and books.