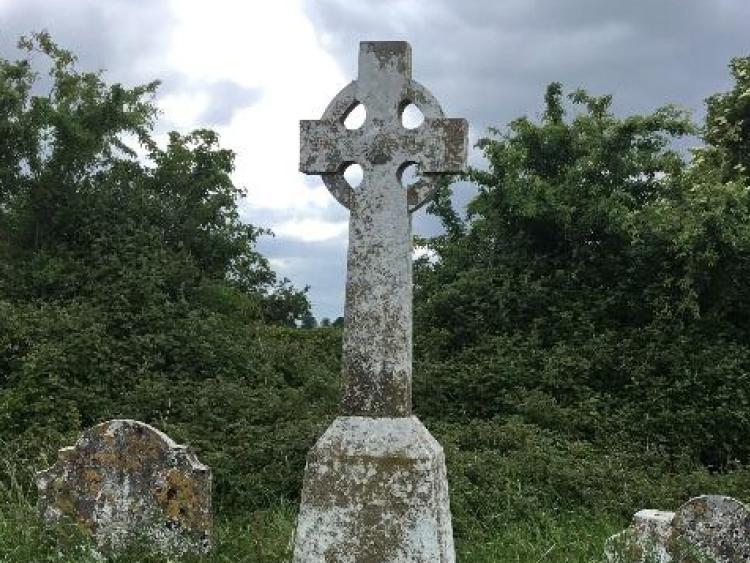 In reply to the piece in last week’s issue about the song, “At Solohead the war began”. The verse was composed by Paddy Walsh or Padraig Breathnach, as he preferred to be known from Camas, Cashel.

That Walsh was a diverse and colourful character, is well illustrated by a piece written by Cashel historian, Seamus King in 1986.

“The man who started life as a civil servant, joined the British army at the outbreak of World War 1, deserted some years later, joined the I.R.A., took part in the fight for independence, became a great Irish teacher, re-joined the Civil Service and eventually died at the young age of 49 a couple of months before the outbreak of the Second World War”, is how he succinctly summed up the life of Patrick Walsh.

It appears that while on furlough in Caherciveen, Walsh left to pay a visit to his family in Cashel, his route taking him by the village of Upperchurch. It was while in that area, he encountered Ernie O’Malley, who by whatever means, persuaded him to change sides.

For the remainder of the War of Independence, he operated in that district under the command of Paddy Kinane and under the name of Paddy Dwyer. In 1929, he married Margaret Purcell from Upperchurch village [public house] and not surprising, the best man was Paddy Kinane. That he was an accomplished balladeer and composer of verse, there can be no doubt. Along with composing, “At Solohead the war began”, he can be credited with, “The Barracks at Rae” and best known of all, that famous song lamenting the death of Sean Treacy, “Tipperary so far away”.

The words of the song [At Solohead the war began] give a concise chronology of the progression of the War of Independence as occurred in west and mid Tipperary.

The action at Soloheadbeg on January 21, 1919 that ignited the conflict was followed by the daring rescue of Sean Hogan at Knocklong railway station on May 13. District Inspector Michael Hunt was assassinated at Liberty Square in Thurles on June 23, on account of the progress he was making into the investigation of the Knocklong affair.

Soon began a concerted series of attacks on police barracks in the mid Tipperary area, culminating in intense attacks on the RIC barracks at Rearcross, Hollyford and Drombane. The author is slightly off target by placing the killing of Tom Dwyer before that of James [Goorty] McCarthy, the latter being killed a little more that twenty four hours before the former.

The killings at Lackamore can be directly linked to the death of Tom Dwyer. Jimmy Leahy, O.C. of Tipperary No. 2 [Mid Tipp] Brigade, withdrew his men to the safety of Paddy Ryan’s [Lacken] house at Knockfune.

It was there that the plans were made for the Lackamore attack. Perhaps not of the author’s doing but more probably by various singer’s liberty with poetic license or fondness towards embellishment, it was two policemen, Constables Finn and McCarthy that were shot at Lackamore and not three or five. Sadly the song itself seems to have slipped from popular currency.

In the course of my own life I have not heard it [or heard of it] being sung too often. My own grandfather had a vast repertoire of songs of that time but to my eternal regret I failed to pay the necessary attention.

If I recall correctly, the last time that I heard it being sung, was many years ago, when in answer to a special request, a neighbouring man took the microphone on a bus and entertained us with, “At Solohead the war began”.

Ironically, we were returning from a day trip to Knock.

Any occasion that I recall it being sung, it always began, “At Solohead the War began and soon was heard the song. It told of Hogan’s rescue at the station of Knocklong”. I feel that the lines, “We oft times heard etc”, were not part of the original ballad, however, I am open to correction on that.

In Ernie O’Malley’s book, “On another man’s wounds” [p 222], there is written a ballad / recitation on the death of Sean Treacy that begins with, “We oft times heard etc”. This leads me to believe that those verses might have been used as an introduction to a number of songs, depending on the singer.

Whatever the case, it would certainly have been an appropriate introduction to any of the songs relating to the War of Independence. Many of the major players of that time took their inspiration from the Fenian movement and indeed many were members of the IRB. Just like the men and women of 1867, their aim too was to found an independent republic.

In the war of propaganda, that ran in tandem with, and was equally important as, the actual military war, the songs and ballads played an important role. None more so perhaps than, “The rescue of Sean Hogan at the Station of Knocklong”. No sooner had Hogan been successfully whisked of the train, than a local bard by the name of O’Connor put pen to paper and composed the rousing ballad, celebrating the event.

The Soloheadbeg ambush received much disapproval among the general public and indeed Dan Breen in his book, “My fight for Irish Freedom” tells of them being turned away from places where they were once welcome. Hogan’s rescue was however, almost universally seen and accepted as a deed of great bravery and courage.

Within days of its composition, the words were being peddled on penny ballad sheets and the song being sung at fairs and markets throughout the county and beyond. The effect that all of this had on the mood of public opinion, can never be underestimated.

The views of the authorities, as can be imagined, were the polar opposite to those shares by the general population. Towards the end of 1919, a group of men were arrested in Tipperary Town and charged with illegal drilling.

An extra charge, “possession of a seditious document” was laid before one of the accused, Patrick Ryan. In prosecuting the charge, the Crown attorney, Gleeson, described the offending document as, “Nothing so vile in all my life have I seen, as written by the hand of man”.

The offending document in question being the aforesaid ballad sheet.

Padraig Breathnach died in 1939 and was buried in the family plot at Ballinahinch graveyard, close to his place of birth at Camas. The neglect of the graveyard bears little tribute to a major participant of that troubled time who contributed with both the pen and the sword, - and sadly too his greatest legacy, the stirring ballads that helped in no small way to rally people around a cause, are almost forgotten.

Some historians, Diarmuid Ferriter among them, contend that the ballads filled a vacuum in the absence of other means of broadcasting and perpetuating the story. I believe however that the ballads were the chief means and first port of call in this regard.

Events, major and minor, parochial and national, were seized by the poets, bards and balladeers, - were documented and broadcast, - and preserved for whatever future generations might wish to be informed, inspired or entertained by them. Now might be an opportune time, in this decade of centenaries, for us to collect and document what survives of this material.