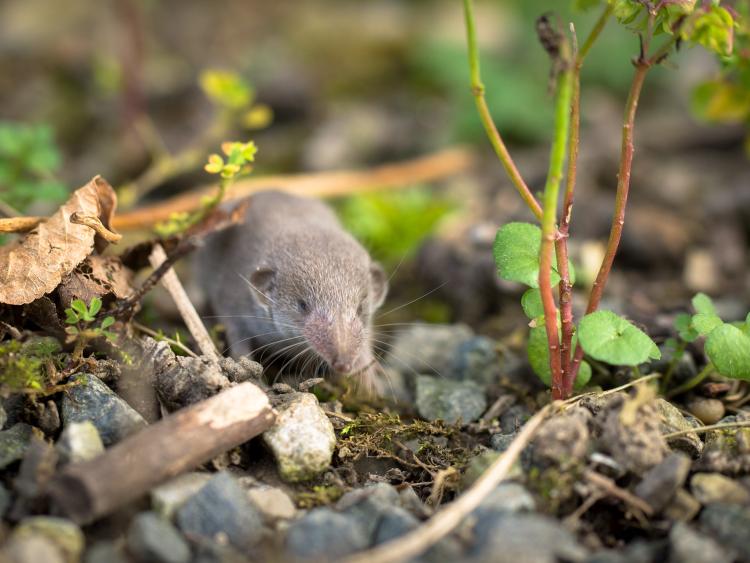 Walking Cabragh’s paths as so many have been doing, and continue to do, in these times of social distancing, washing hands and wearing masks, people are astonished and often taken aback by the sight of the smallest of our mammals, the pygmy shrew, lying dead across the pathway.

Mistakenly identified as a field mouse, many recoil but this harmless insect eating tiny mammal is easily identified by its pointed nose.

The largest weighs only 35gm and most are much smaller. It is their very smallness that has opened up for them a unique mode of foraging for mammals-they can exploit the rich food supply of insects and other small animals in the leaf litter, beneath logs, in the mat of vegetation below the herb layer and in the crevices between rocks.

They are in fact ferocious and implacable predators and will devour any creature they can subdue. They are widespread and abundant on virtually every type of terrain that affords some cover. They have been trapped on top of Carrauntouhill and on Tory, Aran, Blasket and Saltee Islands.

The first allusion to shrews in Ireland is in the Polychronicon of Ranulphus Higden, a monk who died about 1360 where he mentioned “a grete plente” of them. They have existed for at least two million years in Europe. Populaton densities range from five to forty per hectare depending on the habitat and varying greatly at different times of the year. They seem to have a maximum lifespan of only two summers and an intervening winter.

They are far more numerous in summer, mainly in June and July. Their lifestyle is fast and furious. 50% die as juveniles and only about 25% live long enough to breed. It is unusual for male or female shrews to survive beyond about thirteen months in the wild. Owl, particularly barn owls, regularly kill and eat shrews and in places they form up to one quarter of their diet especially in spring.

The abundance of shrews in Cabragh Wetlands makes it a wonderful place for barn owls who quarter the marsh regularly in search of prey. Some research shows a correlation between the availability of pygmy shrew and survival of barn owl chicks akin to good mast years in the survival of certain birds and mammals.

The food habits of the shrew are shown by its teeth. The front pair in the upper jaw are large and hooked like the beak of a hawk while its lower jaw has elongated teeth to produce a tweezers effect. The remaining teeth are suitable for piercing, chopping and crunching.

All teeth are tipped with a red pigment-iron oxide which hardens the enamel. However its smallness means that it loses heat very quickly and so they spend most of their waking lives hunting and gobbling up whatever they can catch-it will starve to death if it is deprived of food for about three hours and must eat at least its body weight in food each day.

They are not too choosy and they eat beetles, woodlice, flies, insect larvae, spiders and bugs. Earthworms seem to be generally too big for a pygmy shrew to tackle.

For such a small cuddly looking animal pygmy shrews are usually extremely aggressive towards each other. If a pair meet, there is usually a bout of threats involving explosive hisses and tail lashings. Sometimes this escalates to physical violence.

They are solitary animals who occupy exclusive territories with which they are quite familiar and they regularly patrol their boundaries.

Shrews without territories have a low life expectancy. The adults break with the young after about twenty five days. Courtship is a whirlwind affair carried out during a brief lull in hostilities.

Males and females then resume solitary lives. Females may breed two or three times during the summer and then die before winter. They do not hibernate and sometimes eat their own droppings like rabbits and hares to extract nutrients more completely from the food.

When you come upon this smallest mammal at Cabragh, there is much more than meets the eye. Its name “sorex minutus” indicating something very minute with sorex perhaps relating to the sound it makes in the vegetation.

One would never think that it was described in the 17th century as “a ravening beast, feigning itself gentle and tame…biteth deep, poisoneth deadly, beareth a cruel mind, neither is there any creature that it loveth or loveth him because it is feared of all.”

The poor pygmy shrew! See you in the open air at Cabragh!