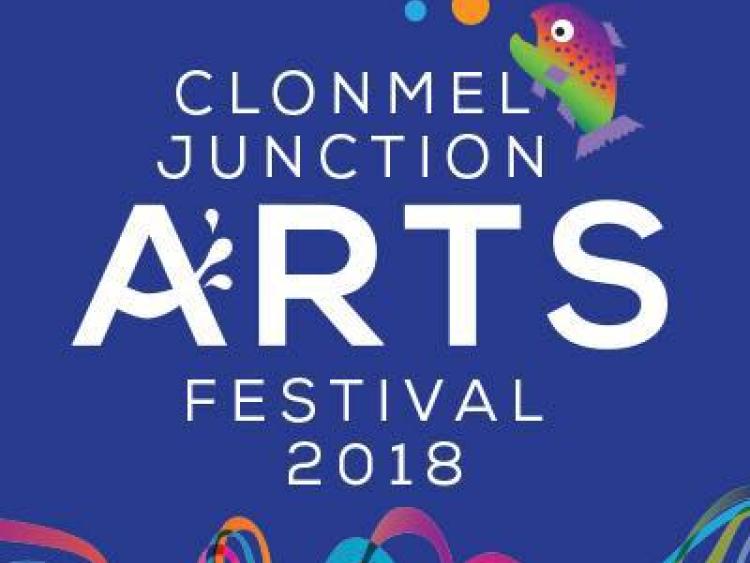 Clonmel Junction Arts Festival (CJAF) turns 18-years-old this year and brings a jam-packed 2018 programme to its annual week-long celebration of culture in Clonmel from Monday 2 until Sunday 8 July.

With this milestone coming-of-age anniversary, immerse yourself in the best theatre, circus, dance, music and comedy in the county of Tipperary, a one-stop shop where you can also find lots of free entertainment all across town. This year’s programme of events puts a sharp focus on home-grown talent as many artists are either from Clonmel or have a strong connection to the town.

The River Suir and  the wealth of creativity that springs from it provides the theme of this year’s festival and the Home-Grown Heroes strand is a must see this July. The sheer number of amazing artists that hail from the town or who are connected to it in some way is something of which Clonmel is rightly proud of. From talented singer-songwriter Ruairí de Leastar to rising indie stars Pale Rivers, breakout dance choreographer Olwyn Lyons to iconic DJ and activist Tonie Walsh, local artists are at the heart of this year’s festival.

With many exciting events over the seven days, this year’s festival hosts a show in a bakery, a handball alley, an ammunition storehouse, a 13th century church, a magic bookshop and a piano bar. Some of the feature events will be at the Big Top circus tent at the Old Military Barracks.

CJAF begins under the directorship of a brand-new festival director, Nollaig Healy, who promises a festival for everyone to enjoy and for everyone to engage, wonder and be challenged. “I'm so excited about this programme of events coming to CJAF this July. In my inaugural year programming the festival I’m delighted to be able to announce the new Home-Grown Heroes strand celebrating the vibrant culture of the town and surrounding areas. When I moved to Clonmel first I was astonished at the number of amazingly talented artists who were either from the town or had a strong connection with Clonmel and I have been privileged to work with so many of them in various capacities over the years. I really want the festival to celebrate all this amazing creativity while showcasing some of our emerging talent who have grown up with the festival over the past 18 years. I really am immensely proud and in awe of these young artists, while being utterly thrilled that the festival can provide a platform for them. I’m also particularly excited about the military take-over in the Barracks. For a space that was once so vibrant, it will be awesome to see a mammoth injection of life into this dormant location in the town with The Big Top @ The Barracks hosting some of the showcase events of this year’s Festival,” Nollaig said.

This year’s theatre programme starts with the return of 'Fishamble: The New Play Company' and Olivier award-winning theatre from Pat Kinevane who presents his landmark show ‘Silent, Forgotten, and Underneath’ for audiences to enjoy on three consecutive nights.

‘Pests’, written by Vivienne Franzmann and directed by Clonmel native Jack Reardon, is a fast-paced drama with language that sizzles, skitters and explodes across  the stage. 'The Bold Brigid Cleary’, starring Home Grown Hero Eve O’Mahony, recreates the infamous case in which a Ballyvadlea dressmaker was burned to death by her husband.

Corkman and IFTA award-winner for 'An Klondike', Timmy Creed, looks back at 21 years playing GAA in his site-specific show ‘Spliced’. Set in a handball alley, Spliced asks is it possible to talk about male mental health, self expression and masculinity in the GAA context. Joanne Ryan’s acclaimed one-woman show ‘Eggsistentialism’ is a funny, tender and moving exploration of reproduction in 21st-century Ireland, while Belfast man Michael Patrick’s terrific one man show ‘My Left Nut’ looks into men’s health issues and will have you laughing one minute and crying the next. ‘Every Morning I Wake Up and Seem to Forget’ is a best-selling interactive theatre experience that will lead the audience in pairs, through audio instruction, on a journey by the river - a hidden festival gem. Festival favourite Julie Sharkey returns with a new show in Hickey’s Bakery called ‘Three Fat Women from Antibes’.

Dance is featured in this year’s festival programme and local choreographer and dancer-in-residence Olwyn Lyons stages her new show ‘Age of Influence’, an exciting new collaboration between choreographer Lyons and young local dancers, exploring the ways in which information technology is shaping the views of young people in Ireland today. Olwyn also runs a dance workshop and challenges those over 55 to try on their dance shoes.

CJAF promises plenty of family theatre for the younger people in our lives. Five-star rated ‘Me and My Bee’ brings an important message about climate change and our much needed fuzzy, buzzy friends; Jack Reardon faces a ‘Hero’s Choice’ in The Box, a brand new pop-up theatre performing mini productions in multiple locations introducing small children to the arts; and why not step inside The Magic Bookshop and swap a book and maybe even take a little of the magic home with you (for ages 5 and over). Other family events include The Book Doctors and Circus 250: Lulu’s World; and what festival would be complete without a Family Fun Day for children at Denis Burke Park, hosting oldskool games, face-painting, clowning, inflatables, music and lots more for all the family.

Funnyman Neil Delamere rolls into town too with his brand new stand-up show ‘Controlled Substance’. More LOLs with Après Match - one of the best-loved sketch shows on television, poking fun at everyone from Eamon Dunphy to Bono. This brand-new show crunch tackles the high and mighty and elbows the great and good in the face. Blending biting satire with side-splitting lunacy, this is one match you won’t want to miss.

Music lovers get to indulge in The Ruby Sessions (curated by Conor Donovan), bringing the acoustic music club based in Dublin for the past 19 years to CJAF on July 4. Acts that have graced its candle-lit stage in the past have included Ed Sheeran, Paolo Nutini, Mumford and Sons, Damien Rice, Glen Hansard, George Ezra, Lisa Hannigan, Paul Brady, Rodrigo y Gabriela, Hozier, Jack L, Gabrielle Aplin, Liam O'Maonlai, Cathy Davey and many more. There’s more music with The California Feetwarmers and Buile Suibhne, composed by Dana Lyn and performed by the RTÉ Contempo Quartet, Barry McGovern and David Power.

The festival music programme also offers the chance to come and see many of Clonmel’s Home-Grown Heroes including Pale Rivers’ Eoin Hally who is curating an exciting new programme of up-and-coming music acts for the Camida Street Party (at Narrow Street) and festival favourite Under the Arches. More Home-Grown Heroes include legendary DJ Tonie Walsh spinning the decks at the festival club; choreographer Olwyn Lyons will be hosting dance workshops and calling for participants to take part in a new performance piece; and for photography buffs there’s an exhibition that will feature photographers with a connection to Clonmel, including John Kelly, Donal Wylde, Justyna Kielbowicz, Mark Stedman and Cyril Helnwein.

In conjunction with Earagail, Boyle and Cairde Festivals, celebrate 250 years of circus over four days in The Big Top. Situated in a prime Clonmel location at the Barracks and hosting four days of circus, music and children’s events - don’t miss Ireland’s top acts that include the award-winning Tumble Circus in pursuit of acrobatic divilment. For younger fans, Lulu the Clown - a street artist that can't be contained in any gallery - will sweep you off your feet and drag you into her imagination as she brings Lulu’s World to the Big Top.

Author and columnist Michael Harding will read from his latest novel and ruminate on life in his own unique style. Blindboy from the Rubberbandits will record his eclectic podcast containing short fiction, interviews and comedy in a live show from one of Ireland’s foremost satirists. And spoken-word poet and playwright Stephen James Smith, whose poetry has amassed over one million views online, brings a new show with musical responses from Little John Nee.

An exciting large-scale arts residency comes to Clonmel with artists James Early in collaboration with Joe Channon. James will relocate to Clonmel to build on the relationship he established last year and together with Joe they will create a legacy art piece, inspired by the river. James is eager to work with Joe in fusing the traditions of the forge and stained glass. Also, internationally renowned Irish artist Cleary Connolly will take up residence in Clonmel during the festival, holding a number of workshops where the public can become actively involved in exploring art and science. Giving a distinct nod in appreciation to the River Suir, artist Maurice Caplice invites some of the river animals to emerge into the streets in a new artist-led installation representing the river.

This year’s CJAF has all of the above and much more, so get booking and take part in Tipperary’s pride of July multi-disciplinary arts festival.