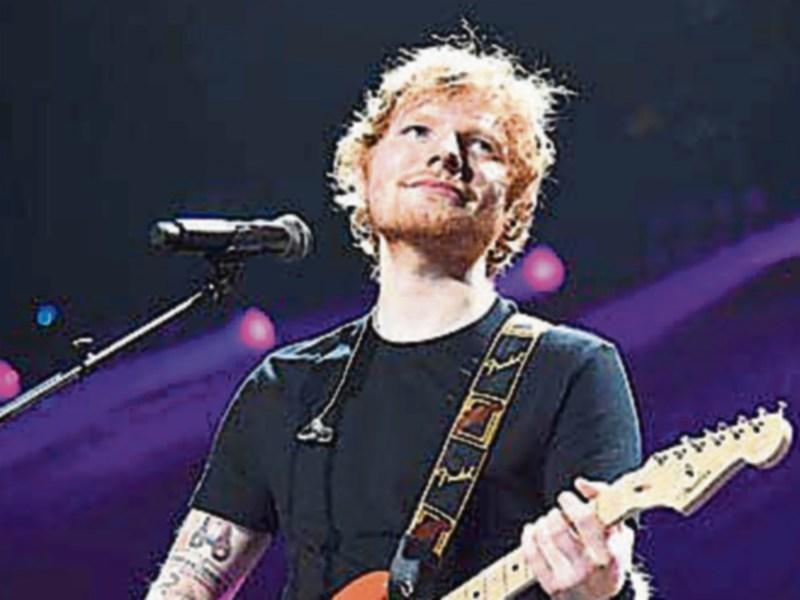 Ed Sheeran in the 3 Arena Dublin on April 12th/13th

Crowds of ardent Ed Sheeran fans braved the wind and the rain overnight at Eason’s in Thurles, to get their hands on some of the remaining tickets for the singer songwriter’s upcoming gig in Dublin.

Some pitched tents outside the night before, while younger fans were comforted by friends, parents and family as they queued patiently for the coveted concert tickets sold at the Eason store in the Dunnes Stores Shopping Centre on the Slievenamon road. Excited fans were not let down as the doors opened this morning (Thursday, Feb. 2nd) and their dreams came true.

Store Manager Deirdre O’Toole told the Tipperary Star that it’s been a bumper year so far, and this time the response exceeded all expectations. “There was a huge queue there yesterday morning, and it just grew and grew as the day went on.” Fans began arriving at the store at around 7am yesterday, a full 24-hours before the tickets went on sale.

“We’re sold out. When I arrived in this morning at 6.30am, there were 150 people there,” said Ms O’Toole, “and we got through all of those 150, plus a few more. But anybody who arrived after 8 o’clock or so was disappointed. There were tents and umbrellas, and umbrellas with masking tape on them to keep the storm out overnight. Most parents were well prepared, and arrived down to their children, and gave them sleeping bags and hot water bottles, while trying to keep them alive during the night.”

Eason in Thurles sell tickets from a central computer server, and tickets for bigger gigs are often sold out in minutes. Everybody gets a number, and the reaction when somebody hears their number being called out, is like watching students hearing they got straight As in the Leaving Cert, says Ms O’Toole. “We stay printing, and then we start calling out names and numbers. The reaction when their name is called out: it makes it all worthwhile and you know it means so much to them.”