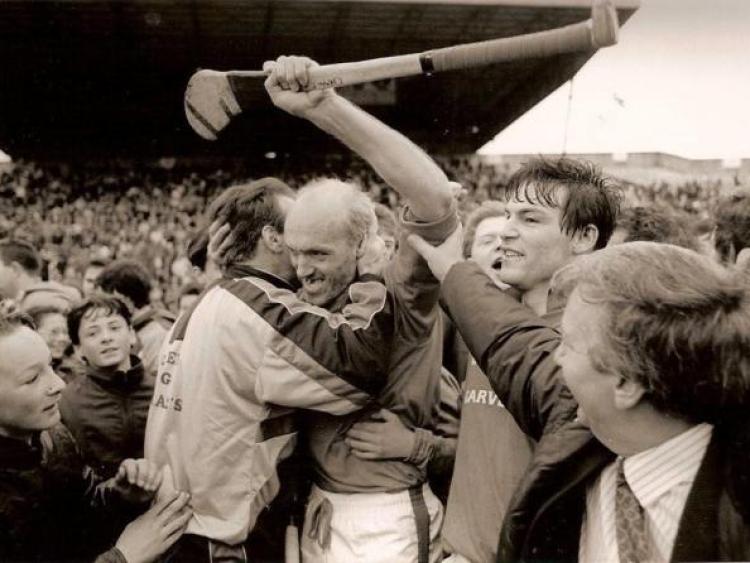 Cashel's Cormac Bonnar pictured celebrating all those years ago.

As is customary now for a number of years the County Board, in conjunction with the Tipperary Star, honour teams which won the Dan Breen Cup twenty-five years later by introducing each member of the successful team to the crowd at Semple Stadium, Thurles.

Cashel King Cormacs won the highest honours for the first time in their history when they defeated Holycross-Ballycahill in the 1991 final - it was a wonderful occasion for the club and for the parish of Cashel and Rosegreen.

The team was blessed with some great talent at the time - many of the players had featured on county teams and some, like the Bonnar brothers, had won senior All-Ireland titles with Tipperary and had been honoured with All Star awards. The county champions went on to win the Munster club championship following a stirring contest against Midleton in the final at Mitchelstown, Cork.

The dream of All-Ireland club glory came up short when they were defeated by Kiltormer (Galway) in the semi-final at Croke Park, Dublin on March 17th 1992 following three memorable games.

The panel of twenty-seven players will be honoured with a reception hosted by the County Board in the Dome at Semple Stadium at 12 noon following which they will be guests in the VIP section for the county finals.
Between the games they will be introduced to the crowd on the pitch and later they will be guests at a dinner in the Brian Ború Pub and Restaurant in Cashel.