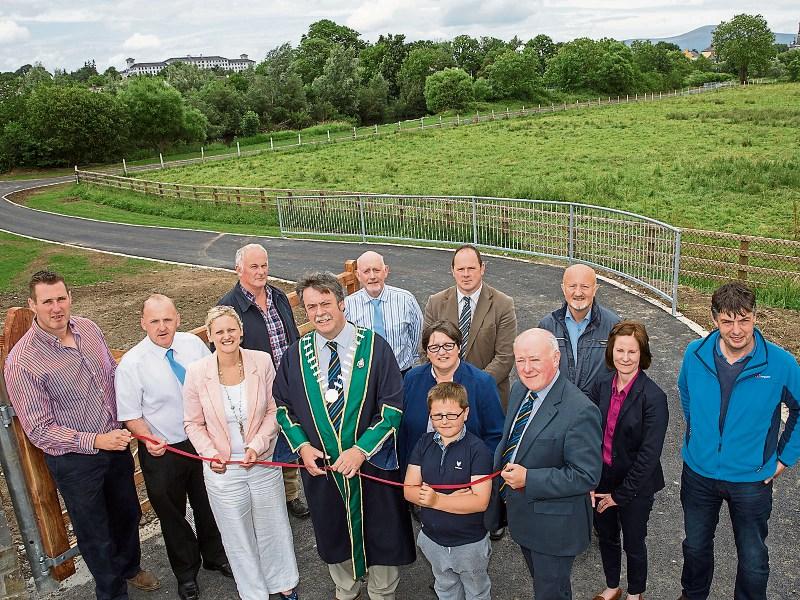 An urban walkway and cycle path along a section of the River Suir in Clonmel was officially opened on Monday.

The two pathways are linked by Denis Burke Park.

Work on the €400,000 project started last winter and was completed last week.

The work was carried out by Glas Civil Engineering, Clonmore, Cahir.

It was a separate project to the greenway from Mulcahy Park to Carrick-on-Suir .

He said it was supported by Tipperary County Councl and by Clonmel Borough District members.

Mayor English said he was delighted to officially open the walkway and cycling path and said it would be a great addition to the recreational amenities in the town.

Engineer Jonathan Cooney said the start up of the project was delayed because of flooding .

It started in November and has just been completed.

“We are delighted to get this project completed.

“It was part of the Clonmel Development Plan. It links the town and people to the river and it is an excellent amenity for the town” said Mr. Cooney.

He thanked the local landowners involved for their co-operation.

A small section of the towpath, from the end of the Galloping Field to Mulcahy Park, remains to be carried out.

“We hope to continue engagement with the remaining landowners on that section of the towpath so that it can be completed” said the town engineer.

He explained that the €400,000 was part of a €1.2m allocation to Clonmel under the Active Travel Town programme. The remaining €600,000 was spent on the extension of cycle lanes and the provision of new cycle lanes over the last few months.