Tipp skin 'The Cats' with second half brilliance 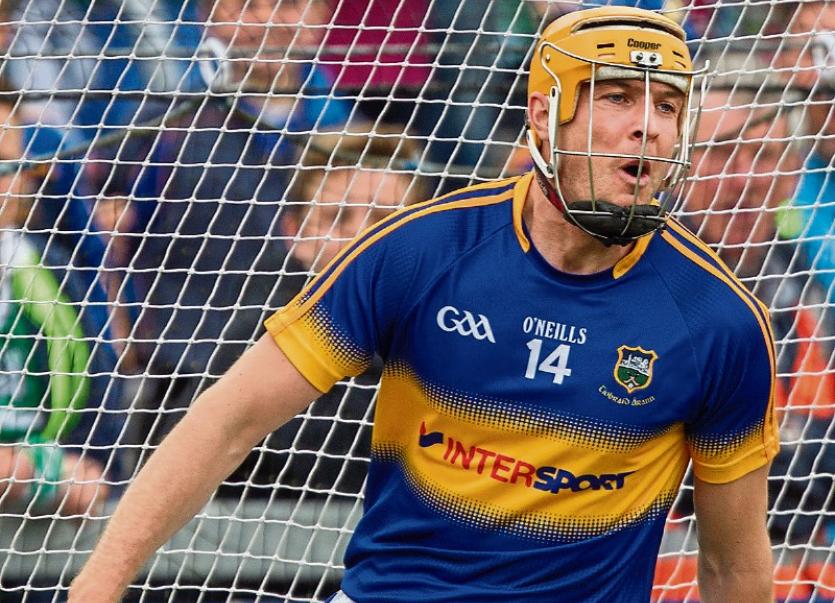 Tipperary are back at the top of the hurling world this evening after a magnificent display in today’s All-Ireland final in which they defeated the three-in-a-row seeking champions Kilkenny by 2-29 to 2-20.

After years of frustration since of last victory against the same rivals in 2010, the Premier County, managed by Michael Ryan, produced without doubt their most complete performance in years to recapture Liam McCarthy.

In a classic final, before an attendance of 82,000 at Croke Park, the sides were level 10 times in the opening half and were still level 13 minutes into the second period before Tipp blitzed 'The Cats'. From the time John 'Bubbles' O'Dwyer netted the first goal for the Munster champions in the 48th minute, Tipp were not for turning thereafter.

From that moment on, ‘Tipp 'The Premier' took the game literally by the scruff of the neck and outscored Brian Cody's side 2-12 to 1-6 from then to the finish. It was a vastly improved performance on the semi-final win, the closeness of that encounter obviously benefitting Tipperary in today's decider.

Today's final was a game that had everything and most importantly from Tipperary's point of view the right result. All through from goalkeeper Darren Gleeson to corner-forward John McGrath the workrate was at a level throughout that Kilkenny couldn't match. The movement all over the field from Tipperary created chance after chance and thankfully Tipp forwards duly obliged.

Scorer in chief for the winners was ‘RTE's Man of the Match’ Seamus Callanan who finished with 13 points, nine from play, on a day when all six forwards scored. Tipp's two vital second half goals came from John 'Bubbles' O'Dwyer and John McGrath, who was one of five Tipp players playing in their first All-Ireland final.

Throughout the opening half the game was nip and tuck with the sides level on no less than 10 occasions. Tipp eventually, with five points from Callanan and four from O'Dwyer, were ahead by two at 0-14 to 0-12, but for their superiority in the opening 35 minutes might have been further in front.

'The Cats' came out like tigers at the start of the second half and while Tipp had the first point from a Callanan free, a goal from Kevin Kelly rocked Tipp, and Kilkenny went two ahead 1-14 to 0-15 six minutes in. Was it going to be the same painful deja vu for Tipperary once more?

A quick response followed with points from Callanan (free), Jason Forde (on only 50 seconds) and again from Callanan to nudge Tipp one up once again. A huge moment in the final arrived 13 minutes into the second half, John O'Dwyer got loose in the corner and struck a superb shot past Eoin Murphy to give Tipp the belief they needed.

Two further goal chances followed for Tipp both of which went abegging but a constant supply of ball from a trojan backline was paying dividends with Tipp seven up with 15 minutes to go.

Darren Gleeson's vital save at that stage denied Kilkenny the impetus they so often feed from and things got much better for Tipp with their second goal nine minutes from time from John McGrath. This cracker from the roaming corner-forward put Tipp nine up and almost home and hosed.

But you never know with Kilkenny and within 60 seconds Richie Hogan got one past Darren Gleeson to cancel McGrath's green flag. It was back to six points again with eight minutes still to play. Not yet quite in the bag we had been here before with Kilkenny in the past.

But not today, the intensity vital to close out games like these, stayed with Tipp to the death and late points from O'Dwyer, Callanan (2) and a rousing effort from Patrick 'Bonnar’ Maher concluded the scoring at 2-29 to 2-20.

On a glorious day for Tipp it was the all-round team effort that wrestled the cup from Kilkenny.

Darren Gleeson pulled off a couple of vital saves in both halves while the full-back line of Cathal Barrett, James Barry and Michael Cahill limited the Kilkenny forwards to scraps. The half back line for Tipp had two All-Ireland final debutants in Seamus Kennedy and the outstanding Ronan Maher alongside his brother Padraig and they had the better of their opponents - the Kilkenny half-forwards hit a mere 1-4 in total with Eoin Larkin being substituted in the second half.

Likewise the Tipp forwards all made hay with Callanan, O'Dwyer and John McGrath the most lethal. But all six contributed and even Jason Forde's two points off the bench was vital to keep the scoreboard ticking over.

All in all a magnificent victory and one we will treasure forever.

Don't forget full and extensive reports, interviews, reactions from both finals, the post match celebrations and the Thurles homecoming in Wednesday's edition of 'The Nationalist.'