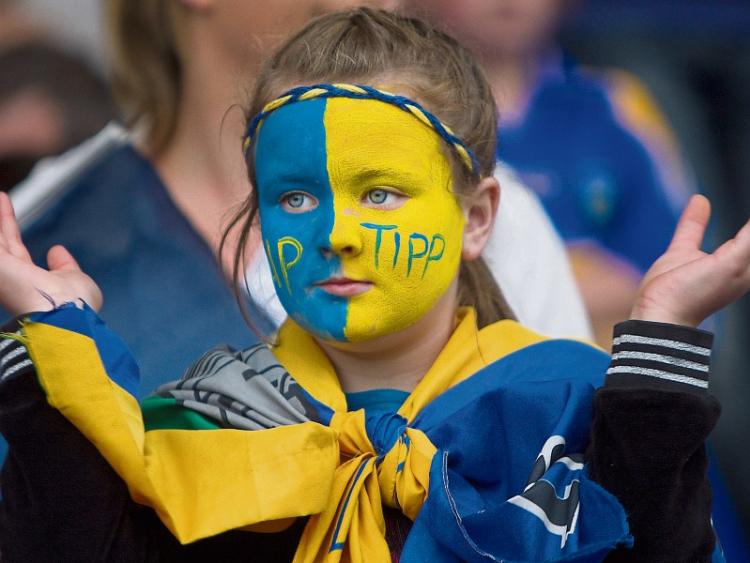 Isn’t it always a magical feeling for Tipperary people the evening of an All-Ireland senior hurling final success for the ‘Blue and Gold’?

That unique all-in-one sense of relief, achievement and satisfaction. Those few post-match joyful hours which unite Tipperary folk all over the world with a sense of pride and identity. That rallying clan call of 'Tipps' throughout the globe, heard and answered. Precious moments to bask in the reflection from the Liam McCarthy Cup, knowing that hurling’s greatest prize is coming home once again (for the 27th time) after a six year gap. Knowing also that our arch-rivals on the field of play, three-in-a-row seeking Kilkenny, have been put to the sword. Pay-back time of sorts.

Such victories, such moments, are what sport is all about. It is why we are all addicted to following the ancient game, year in, year out, through lean times and for moments just like this right now. It is especially why fans from 'The Home of Hurling' treasure this art form more than any other sport.

All-Ireland hurling final wins for Tipperary don’t come around that often. In the 45 years since 1971, today marks only our sixth. After Tadgh O’Connor lifted the McCarthy Cup in 1971 (in an 80-minute final against Kilkenny) we had to wait 18 years for our next success in 1989. Two years later in 1991 we got the better of Kilkenny again (a victory marked by the silver jubilee celebrations today). And in the intervening quarter of a century up until today there have been but two moments of ultimate glory - 2001 against Galway and then the Eoin Kelly led heroes of 2010, once again against ancient foes in Black and Amber.

Tipp went into today’s decider with at best a 50-50 chance; most analysts giving Kilkenny the touch of favouritism beforehand. If we were to win, it would take an outstanding effort from No. 1 to No. 15 and from the throw-in right through to Brian Gavin’s final blast of the whistle. We needed to get that almighty effort from our warriors - none more so than ‘Man of the Match’, Seamus Callanan; we got all that and we got much more alongside. Today, in the white heat of battle, nothing less would have sufficed; at the end nothing more could have been given. Heroes all, the spoils won manfully, skilfully, heroically on a day that will now join with others amongst Tipperary's proudest sporting days.

So no matter where Tipperary people are throughout the world this evening, let us enjoy this triumph for what it is, a glorious occasion for ‘The Premier’ County.

Whether one is journeying back from Croke Park in a bus that will take another few happy hours and a few stops along the way; or whether one is already back safely somewhere between Carrick-on-Suir and Nenagh; or indeed if one is further afield in Brussels, Boston, Brisbane, Buenos Aires or Bangkok - let us savour the success this morning/afternoon/evening wherever Tipp folk might be right now. All hearts will be in that mythical Valley of Slievenamon .

Let Tipp people talk into the small hours of the morning about the heroics of today, let us watch the re-runs of the game again and again, let us listen to the experts tell us why we won (as if we didn’t know already), let us sing 'Slievenamon' until we are hoarse, and let us celebrate this rare moment as it should be celebrated. Days like these don't come around that often.

And finally when day’s end comes and a tired Tipperary head hits a pillow somewhere (anywhere) in the world, let us fall asleep with that warmest smug smile of satisfaction. A feeling like that of a happy but exhausted child on Christmas night having enjoyed a fun-filled day, knowing that tomorrow they can once again enjoy it all once more. We are All-Ireland champions for 2016 tonight and we will be even better All-Ireland champions again tomorrow. Tiobraid Arann Abú.