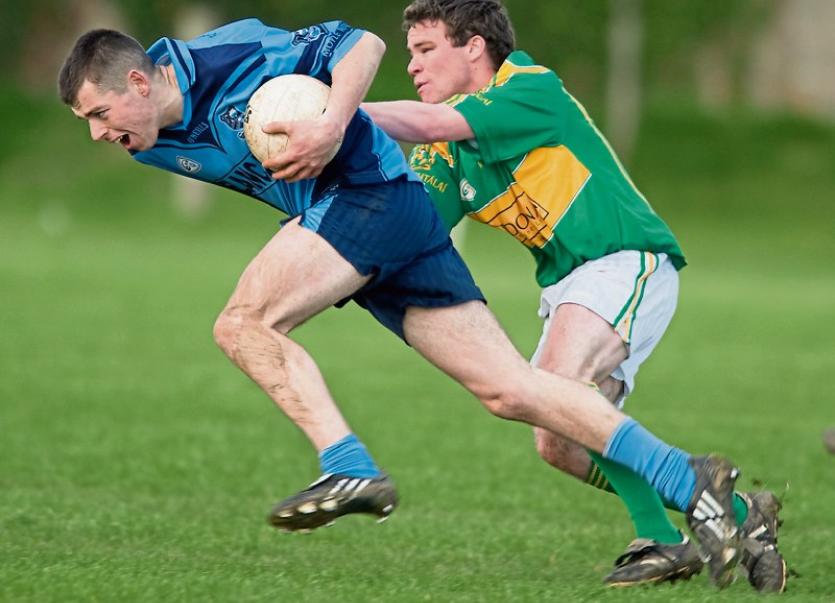 Moyle Rovers cruised to victory in a one sided county football semi final inCahir on Sunday with a powerful team performance that blew away their opponents.

Kilsheelan/Kilcash appearing in thier first semi final for thirty three years were totally outclassed by  a Moyle Rovers side firing on all cylinders.

A ruthless Moyle Rovers side, movingwith impressive fluency, dominated from the outset and were  much superior  all over the field.

A confident,hard working  and much fitter Moyle Rov ers  were wellworth their twenty point winning margin on the day when they comfortably secured their placein next Sunday's county final in Cashel.

They had their place booked in that final  very early on in thisgame which was well over as a contest before half time due to the prolific  DiarmuidFoley who bagged an impressive two goals and four points int he opening half.

As early as the 6th minute this game looked out of Kilsheelan'sreach with Rovers holding a five point lead, 1.3 to 0.1.

Foley's  pace caused Kilsheelan caused all  kinds of problems and he pounced for his first goal six minutes in  adding to the two points he had already registered.

The Moyle Rovers marksman added two more points and in injury time of the first half struck for his second goal fielding a beautiful diagonal ball from Thomas Hill, rounding his marker and  finishing to the net with some style.

The score gave Rovers an eleven point lead at the break,2.8 to 0.3 and there was no way back for a disappointing Kilsheelan side at that stage.

Two early second half goals  from Liam Boland and Stephen Quirke turned this game into nothing more than an exhibition as the Rovers ran out comfortable winners.

Already without All-Star nominee  Peter Acheson,goalie Ciaran Kendrick,Morgan Irwin and midfielder Martin Dunne MoyleRovers could afford to empty the bench throughout the second half.

With the job done Diarmuid Foley was taken off at half time and Danny Owens who controlled proceedings in midfield was also removed from the fray with next Sunday in mind.

Kilsheelan were also depleated ont he day missing Brendan Martin and while Bill Maher started and Paul Maher came on both were carrying injuries that severely restricted their influence.

Kilsheelan did contibnue to press to the end and forced substitute goalie Tommy Morrissey into three superb saves before Kilsheelan were awarded a penalty in the  closing minutes.

Evan Comerford, who had minutes earlier prevented Moyle Rov ers from scoring a fifth goal with a superb point blank save from Craig Condon, sent the spot kick over the bar which summed up Kilsheelan's  disappointing afternoon.