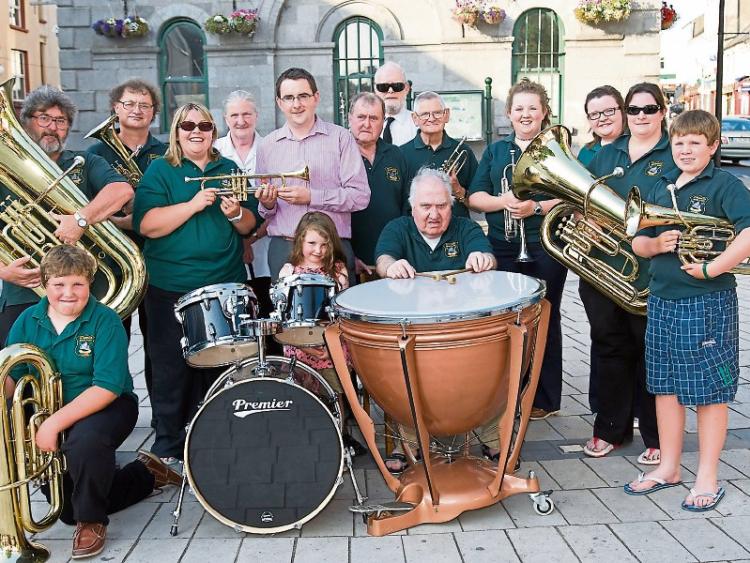 Cashel lost another great character this week with the death of band master Gus McDonnell on Sunday.

A talented musician, Gus loved and lived for music. He joined St Patrick's Brass Band when he was just seven years of age, and was a devoted member up to his death at the age of almost 86.

Band master for about 50 years, Gus has passed on that love of music to generations of Cashel boys, girls, men and women.

Gus was born in 1931 and he told the story of when the first radio arrived on his street and he heard jazz music for the very first time. “It was like being struck in the heart by something, a moment of wow," he told his daughter Kem White, now the leader of the brass band.

Gus knew then that he 'had to play' jazz music. At first he wanted a 'viberfone' but as they were an expensive instrument he taught himself the drums - on basins, buckets, anything he could find in his mother's kitchen!

“He played everywhere and for so many things, he had a really lovely life filled with music,” Kem siad of her dad. “He was a gentle, gentle man who just loved music.” He played for presidents, for the prime minister of Australia at the Rock of Cashel and even played in Westminster Abbey.

Gus once travelled to London with his great friend, and fellow musician, Billy Darcy to see Louis Armstrong play.

He loved the brass band and his jazz music equally and said he couldn't compare the two.

Gus was also a carpenter who worked with his brother Christy and trained his nephew Mickey, who recently passed away.

Gus will long be remembered fondly in Cashel.

Reposing at Devitt’s Funeral Parlour on Wednesday from 5.30pm with removal at 7.30pm to St. John the Baptist Church, Cashel. Requiem Mass on Thursday at 10.30am followed by Burial in Cormac’s Cemetery.