Malcomson's Key to the Quaker Meeting House in Clonmel 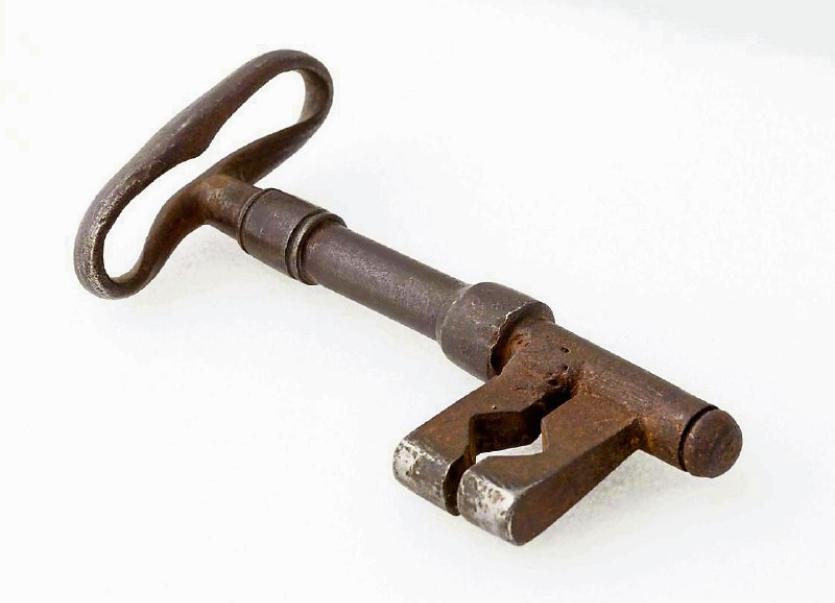 In connection with the Museums lecture series Religion and Ritual, on display is the key to the Quaker Meeting House in Clonmel, owned by the Malcomson's and other Quaker related objects.

The old Meeting House was situated in Market Street, Clonmel during the mid 18th and 19th century.

The Quakers in Clonmel originally met in the home of George Collett, a prominent member of the society from England. Towards the end of the 17th century, his family donated a grant of 30 pounds along with some land, for the construction of a new meeting house due to an increase in members.

By the 18th century the congregation expanded further with an arrival of newcomers from all over the country including Solomon Watson and John Malcomson. The meeting place was moved again in 1793 to a larger building due to the merging of the congregations of Clonmel, Clogheen and Cahir.

By the 19th century Clonmel had gained the nickname of ‘the Quaker town’ in the south due to the work of the Quaker community, as they led the way in charitable and social movements. Some of these included caring for the sick, the prisoners, and the destitute.

If you wish to learn more about the Quakers in Tipperary, there is a lecture on The Quaker Ethos by Dr. Micheal Ahern in the County Museum, Clonmel on Saturday 1st of April at 10.30am. Admission is €5.