Cistercian College Roscrea opens its doors to the public 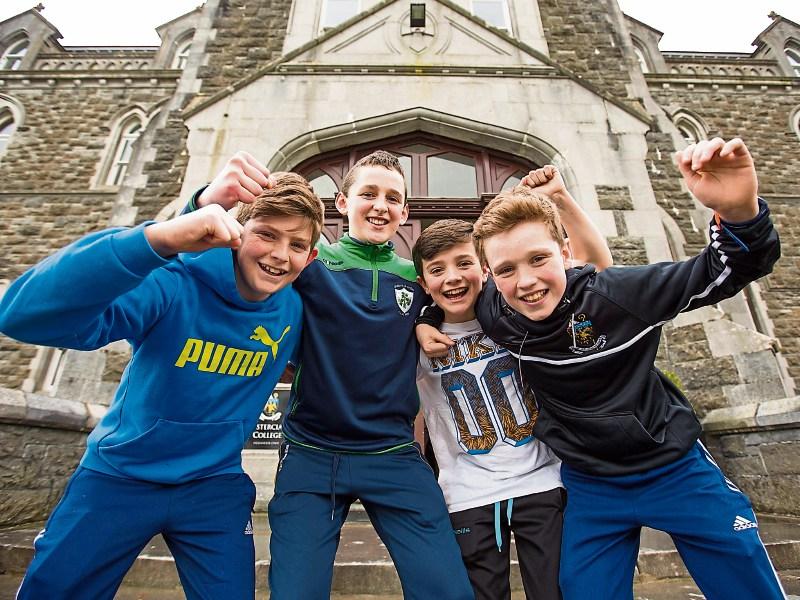 With the ground breaking news that Cistercian College Roscrea will open its doors to day boarders and 5-day boarders, the school has announced that it will hold an Open Day on Saturday April 1st. The event will give parents who are interested in the school an opportunity to view the facilities, receive information about the school’s offerings and meet students, parents and staff.

The school’s Action Group have this week released some of the data that was included in their presentation to the CCR trustees and ultimately led to the decision to invest in the school’s long term future. These figures show a hugely encouraging demand for the new day boarding and five-day boarding options that the school is now offering. There have been 69 expressions of interest for 2017 enrolments and a further 49 for 2018. This would bring the projected student population above 200 in 2018, a key milestone according to Action Group Chairman Ronnie Culliton. “The idea is to steadily build figures back to the point where we can maximise the school’s vibrancy”, said the former student and current parent.

The Action Group, through past pupil Graham Ross, used an impressive online survey to establish the demand for new options proposed by the leading boys boarding school. The survey itself was advertised via Facebook and the distribution of 14,500 flyers to boys schools in the catchment area. The group’s Facebook page attracted over 3,300 likes and a reach of almost 300,000 over the course of the campaign. Due diligence was also carried out with personal phone calls made by all group members to many of the 512 survey responders.

Next Saturday’s Open Day will give people a great opportunity to see student life in action. Registration for the day opens at 11.00am. Rugby and hurling games will be organised for kids in attendance who will also be given a guided tour of the school by current students. Parents will be given the opportunity to meet staff and current parents who will be happy to answer any queries that they have. There will also be information given on an exciting new bursary programme available from September 2017 for new students.

Anyone interested in experiencing life as a boarder in CCR will also have a chance to do so. On Friday March 31st the school will welcome prospective new boarders to join the crew from 4.00pm. In order to secure a place for the overnight CCR experience those interested should contact the school.

This is a wonderful opportunity to get an insider view of the unique way of life experienced by students in Cistercian College.

Ronnie Culliton also spoke about the importance of investing in the school’s facilities. “During the course of the campaign we received over 500 pledges of financial support totalling over €1.8 million. These came from pastmen and current parents and we intend to invest over €1 million of this into the school’s facilities over the next 6 years”.

This investment coupled with the increasing numbers of students will surely allow Cistercian College Roscrea to thrive into the future. The school already ranks among Ireland’s top 5 schools for academic results, has won the Leinster Rugby Schools Senior Cup, All Ireland Schools Hurling title and boasts an impressive reputation for musical achievements. With so much success to build on, the future looks bright and exciting for this 112 year old home of excellence. For more information please contact the school on 0505 23344 or visit www.ccr.ie